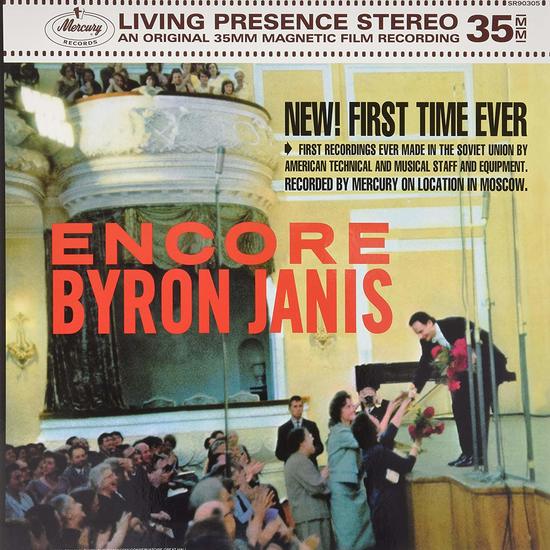 It is an unwritten rule of concert life, signalised by the continuous applause of an enthusiastic audience, that no good soloist is allowed to leave the platform before he has given at least one encore. Whether the virtuoso pulls a contemplative, lyrical or thrilling piece out of his hat is entirely up to him or her to decide. But one thing is absolutely imperative: an encore must be short and popular.

Twelve such little gems, all of them different in their own way, have been chosen by Byron Janis for this coupling. They are all well-loved – from the technically demanding Sixth Rhapsody and the frisky “Valse oubliée” by Liszt, to Schumann’s seemingly weightless Romance in F sharp major and his energetic Novelette with its cascades of chords. Byron Janis displays his deft finger technique in Prokofiev’s furious “Toccata”, while tender sentimentality pervades Mendelssohn’s “Lied ohne Worte”. Pinto’s three sparkling “Scenes from Childhood” are played with humour and nicely round off this musical pot-pourri.