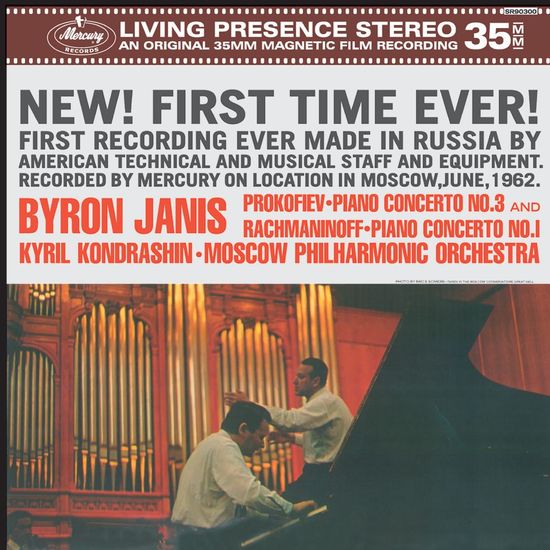 In contrast to his tremendously popular Second and Third Piano Concertos, Rachmaninov’s First could be likened to a rare orchid in that it is seldom found on a concert programme. Why is that? Is it that it lacks the sweet sultriness of the later works? Or could it be that no one is aware of the 17-year-old composer’s talents? Or can he be accused of walking in Tchaikovsky’s harmonic footsteps? This recording has an answer to all these questions. In spite of reaching back to such genial examples as Schumann, Beethoven and Grieg, Rachmaninov reveals his own personality in his early work. The thematic ideas are extremely impressive, they are developed skillfully, and are treated to such a masterly orchestration that one is tempted to dub this work “The Underestimated”.

Prokofiev’s Third Piano Concerto was spared such a fate. Its folklike character, coupled with amazing virtuosity, guarantee that the work remains immensely popular – but it also places the highest demands upon the performers. It remains a matter of speculation as to whether the presence of the American recording team spurred on the Moscow Philharmonic Orchestra and the pianist Byron Janis to newer and greater heights, such as are heard here.