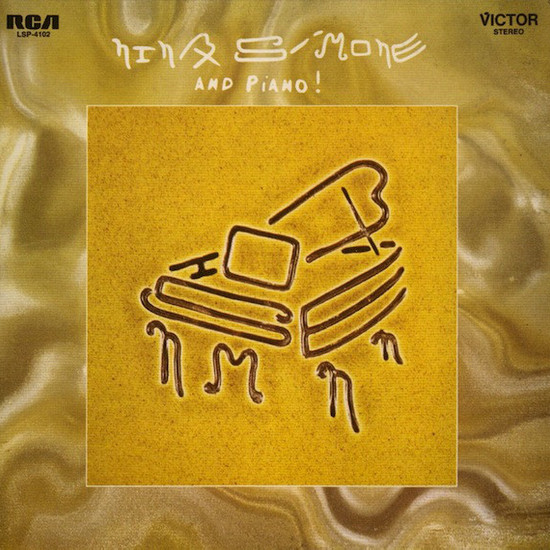 Musicians certainly don’t have it easy with record companies. First of all they must struggle to even get a contract. Then, when their debut release has proved a success, they are bandied around from one arranger to another in all the recording studios imaginable. But having been ‘treated’ with such sounds as a snappy combo, meaty bigband, and smoochy string orchestra, there at last comes an opportunity for some artists to be themselves again.

This album wholly concentrates on Nina Simone and demonstrates that she does not need help from anyone else in order to bring her strikingly expressive voice into the limelight. Accompanying her in her songs about loneliness, identity crises, and desires is her faithful friend, the piano, which she masters equally as well as her voice. The piano parts are far more than just casual accompaniments. Varying from number to number, they range from a classical, bluesy sound, to late-Romantic fervour, right up to avantgarde aggression. And yet all these pieces have something in common: filled with bizarre beauty, they portray a complex personality with all its ups and downs.