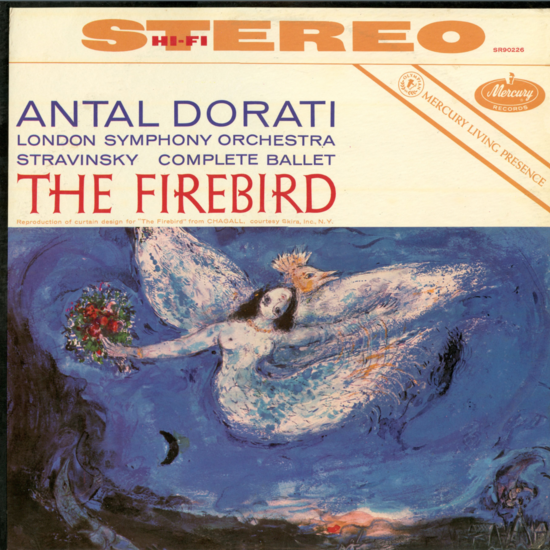 “The Firebird” can almost be described as a work of fate, since it is not only the first of several ballets that Stravinsky wrote for Sergei Diaghilev and his Ballets Russes but also marks his international breakthrough as a composer. In comparison with his other earlier stage works, the ecstatic, sharply contoured “Rite of Spring” for example, “The Firebird”, with its melodic character, is a far gentler work altogether. There are unmistakable reminiscences of the musical language of Rimsky-Korsakov and Tchaikovsky as well as snatches of late-Romantic harmonies; all this lends the music the charm of Russian tradition.

In his performance, Dorati chooses the golden mean in that he has his ensemble produce a highly colourful but by no means glaring sound. Thus the listener is given the opportunity to follow the development of the finely chiselled motifs which are so characteristic of this early composition. Happily, the chamber-music-like transparency is preserved even in the loud, more exposed passages – the sound leaves the loudspeakers with a sprightly, athletic tread, as it were.