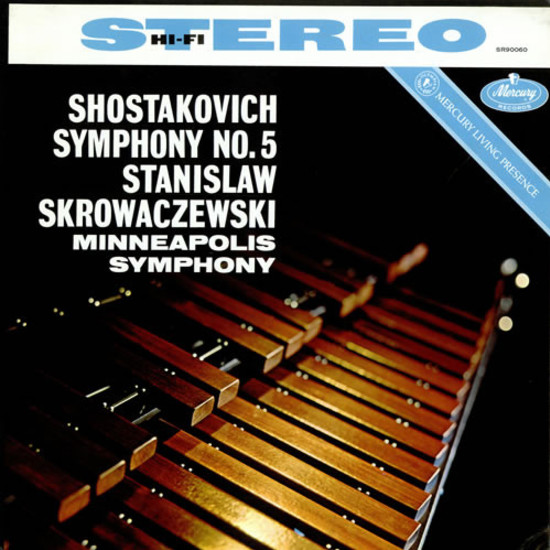 One of the most fascinating aspects of Dmitri Shostakovich’s music was and still remains his aesthetic ambiguity, the likes of which is almost impossible to find in modern music. The Fifth Symphony in particular is regarded as an excellent example of how, during Stalin’s regime, Shostakovich outwardly remained true to the regulations concerning art while still managing not to forfeit his own artistic freedom and identity. Conceived in a classical vein, the work is filled with powerful motion and Russian song, even going almost as far as late-Romantic transfiguration. But this idyll is deceptive. Again and again the apparent harmony is disrupted by biting sarcasm: the spirited main theme of the first movement soon stiffens into a march-like farce, while in the untroubled second movement a shrill motif in the winds tears apart the cheerful mood.

Skrowacziewski amalgamates the contrasting tender sweetness of the violins and the violence of the attacking wind instruments in his precise and sparing interpretation, which is free of sugary expression and forced dynamics. His well-balanced conducting, combined with the wonderfully transparent recorded sound creates an ideal basis for identifying all the details which Shostakovich composed ‘between the lines of the staff’.