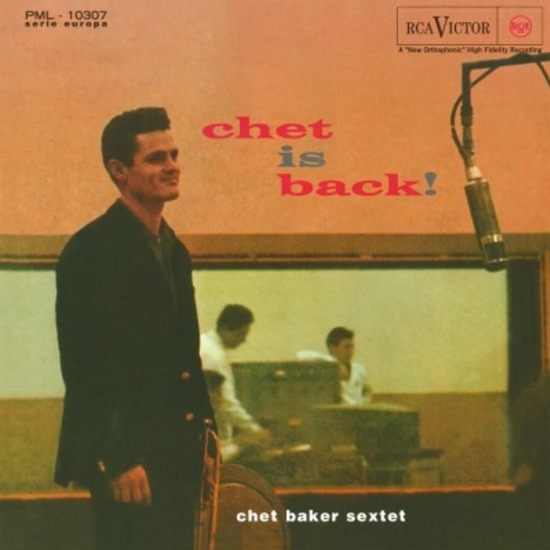 Forty-two years ago, Chet Baker – one of the most tragic figures of jazz who lived on the fast lane and ruined himself with drugs and alcohol – was constantly on the road from one European jazz club to another. Local rhythm groups were not always top notch so it was only logical to pick the very best from several countries for a film-music production in Italy. And it was equally logical that RCA’s Italian subsidiary brought the musicians into the studio in January 1962.

With one exception, the eight titles on this disc are all so-called standards. The two winds demand total concentration from the rhythm section while maintaining relaxed and laid-back harmonic patterns. And this is something the Italian Tommasi, the Belgian Thomas, the Frenchman Quersin and the Swiss Humair carry off with an air of nonchalance. The two ballads “These Foolish Things” and the only new composition “Ballata In Forma Di Blues” are tucked in between the other numbers and give the listener space to breathe. They are surrounded by numbers with a fast tempo, all of which demonstrate Chet Baker’s and Bobby Jaspar’s high standard of musicianship. And then there is “Over The Rainbow”, whose theme is coupled with another tragic figure of music history, Judy Garland: Chet on his trumpet conjures up pure magic in the middle section.

Happily, these recordings – made in Rome in 1962 – are not purely restricted to collectors living in the Sixties. This re-release on LP now offers the opportunity to listen to some excellent music and to enjoy the cover – just as it was on the original recording: a priceless gem!