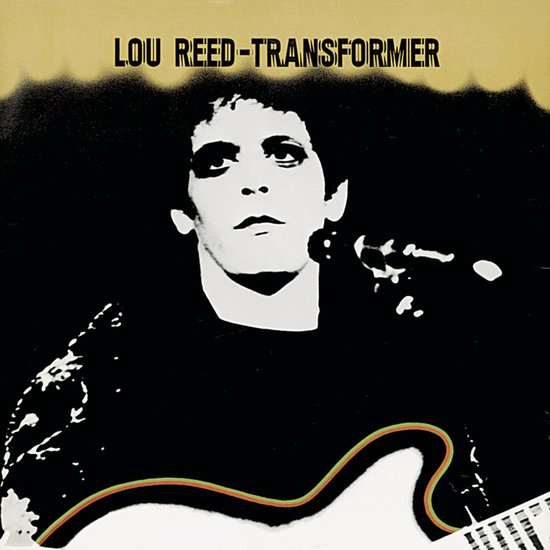 It is well known that comparisons seldom get to the root of the matter, but in the case of Lou Reed, for example, they certainly reveal the unassuredness of those people who made them. Is he or isn’t he the Chuck Berry or Sergeant Pepper of the Seventies, or is he deliberately building up an image of himself as an ultra-sensitive Frankenstein, who lived out his neuroses and drug trips in horrific sound? »Some records are so unbelievably repulsive,« raged the magazine Rolling Stone, »that one would best like to take physical revenge on the artists who commit such offences.«

The album “Transformer”, however, can by no means be classified as a case of ‘acoustic bodily harm’. It appeared just a few months after the somewhat unsuccessful appearance of Lou Reed’s fairly underground first release and rocketed straight into the charts. This production had two British guardian angels to help it on its way, namely David Bowie and Mick Ronson, both of whom obviously knew how to steer Reed’s songwriting qualities into safe waters, without watering down his biting sarcasm and humorous provocation.

And that’s why grating guitar rock (“Vicious”) is found alongside a bittersweet, tender ballad (“Perfect Day”) and even an old-time jazz parody (“Goodnight Ladies”) which is sung with a tongue a heavy as lead. Why then compare this highly original music mix with others, when it’s so much easier to hear this record for what it is – a truly cult album?