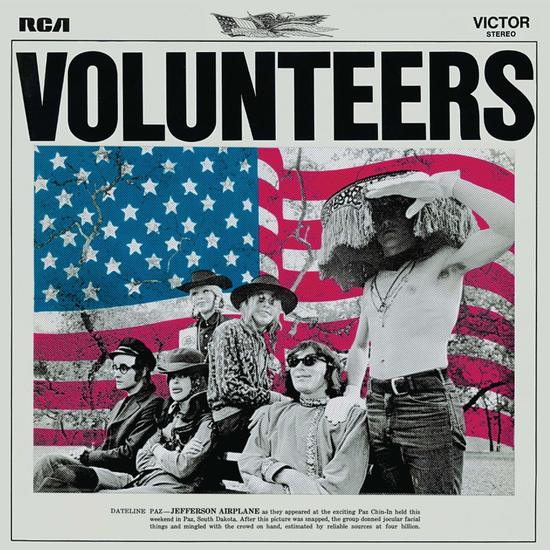 »Jefferson Airplane«, wrote the magazine Rolling Stone, »is a ship which transports its passengers to the revolutionary fantasies of their own minds.« If only the group had included such well-formulated psychological analyses in their lyrics, then they would probably not have shot so meteorically into the orbit of the psychedelic ‘acid rock’ scene. And what is more: as self-appointed executors of chaos and anarchy, they ‘turned on’ their fans with musical sexual allegories, drug-extolling lyrics and revolutionary songs. In 1966, armed with a lucrative recording contract from RCA-Victor, they won through against much opposition from recording company bosses and released their album “Volunteers”, thereby bringing what is probably the very best recording from their early years to the public.

The music of these rock rebels is, in fact, a good deal less drastic than their texts. The leaders of the combo, Marty Balin and Paul Kantner, both of whom grew up in the Californian folk scene, have put their stake on melodic and rhythmically close-knit rock and multi-part vocals. And even today, one is still astounded by the wide range of styles favoured by the hippie generation, which stretches from the down-to-earth country music of “The Farm” to the electronically distorted collage “Meadowlands”.