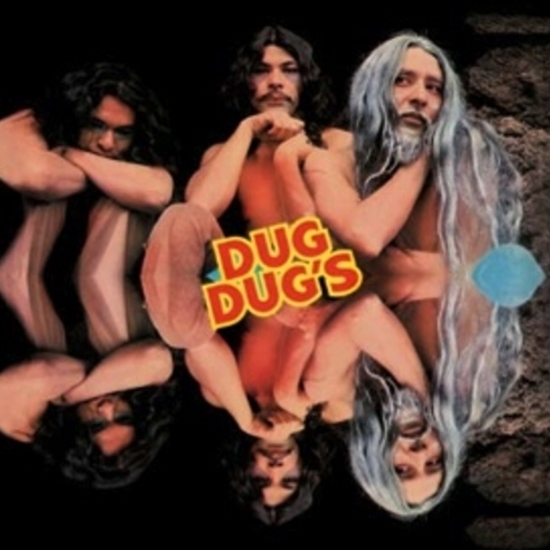 The second album (1972) from psychedelic guru Armando Nava and his band is in Spanish this time, as all other Mexican bands were by now singing in English. The recording sessions were tumultuous: after the band—now stripped down to a power trio—had recorded just three songs, Nava stormed out of the sessions and locked himself in his house for fifteen days. Everyone on the outside worried about his safety, but Armando was fine: he kept himself busy reconfiguring the entire album, including penning the punishing riffs that form the central motif of the mesmerizing twelve-minute medley that explodes over the album’s entire first side. So again, as with the genesis of the Dug Dug’s debut album (also available from Lion Productions), the end result of all the tumult surrounding the band was a great album.

There’s no doubt that the Dug Dug’s toughened up their sound on “Smog”: to some people they sound like a crazy Mexican version of Jethro Tull, and to others like a Spanish speaking incarnation of MC5. No matter how you look at it, this is tremendous progressive-influenced hard rock, with a new chunky sound. It is clearly among a small group of elite recordings from the psychedelic age; it is also possibly the best Mexican hard rock album of all time.