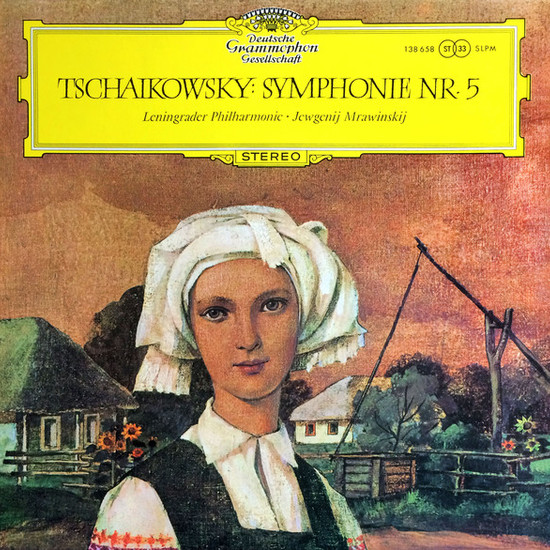 Recordings of Tchaikovsky’s late symphonies with the Leningrad Philharmonic under Mravinskij were a legend even in the days of mono recording technique. It comes as no surprise therefore to learn that Tchaikovsky fans were overjoyed when these three great symphonies were released at last on the Yellow Label in top hi-fi quality at the beginning of the Sixties. Masterful performances, as thrilling as live recordings, now became available – recordings which were far superior to all others on the market. Even when the purported ‘miracle’ of digital recording technique began to take over and industrial record production had become a matter of course, Mravinsky’s recordings were still available in a 2CD set. There are reasons enough to re-release the Fifth Symphony as an individual LP, without going into lengthy discussions about which of Tchaikovsky’s late symphonies is the most important.

Those who treasure a mono version or a Mravinsky recording from an unknown source in their collection are now given the opportunity to compare their version with the present re-release. All others can congratulate themselves on possessing a milestone recording, a true work of reference, for no other Mravinskij sounds better than this one.