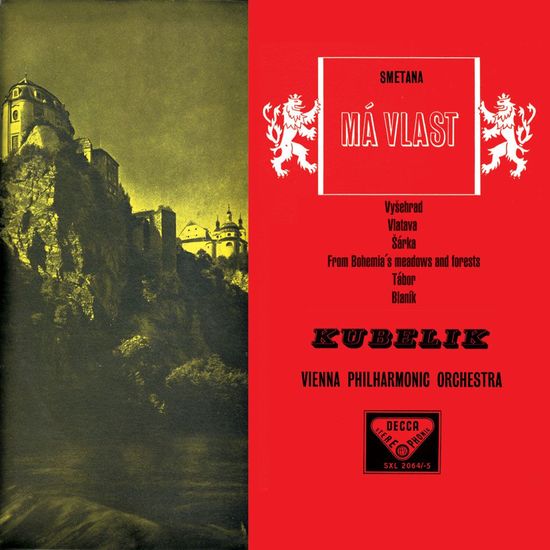 Smetana’s symphonic poem “Má Vlast“ consists of several individual compositions which the composer put together at a later date to form a cycle and is one of the greatest testimonies to Czech national music. The Bohemian countryside and sagas are reflected in the tone poem From “Bohemia’s Woods and Fields“, while the programmatic “Moldau“ occupies a rightful place among the most outstanding works to have been written in the late 19th century. Thanks to its popular folk melodies, its clearly structured and recognizable “programme“, and brilliant orchestration, the work has never failed to arouse the enthusiasm of a wide public.

Rafael Kubelik conducted numerous first-class orchestras both in the concert hall and in the recording studio, and won a deserved reputation as the Smetana connoisseur. He is to be congratulated on his choice of the Vienna Philharmonic Orchestra for this recording: gentle and transparent in the gossamer-light orchestral passages, powerful and smooth when playing as a full tutti. This thoroughly satisfying performance is further enhanced by its excellent recording technique and is to be recommended to all collectors.