Dug Dug's (Aka Lost In My World) 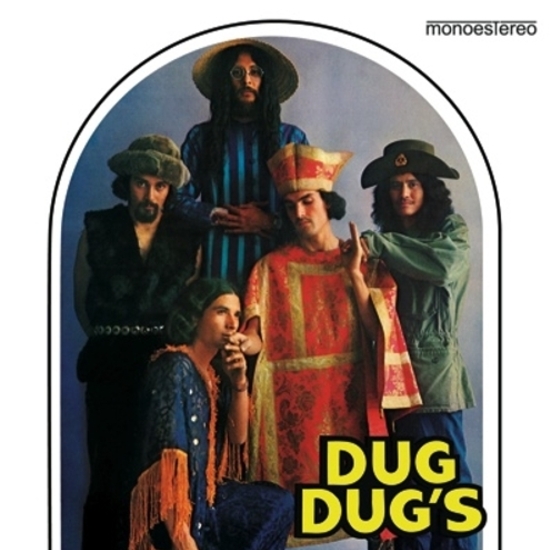 Dug Dug's (aka Lost In My World)

Here it is – Los Dug Dug’s self titled debut (also known as “Lost in My World”): the “must have” first album (1971) from psychedelic guru Armando Nava and his band, recorded after their failed trip to NYC did not produce the stardom they had been promised—pain and disappointment sparking great song-writing on this, the first Mexican psych album in English.

After an extended stint as the house band at Tijuana strip joint Fantasitas, Los Dug Dug’s relocated to Mexico City in 1966. They quickly garnered a rabid fan following there, which resulted in the Dug Dug’s signing to RCA Records and cutting a series of singles (the band also headlined a pair of 1967 films, El Mundo Loco de los Jovenes and Cinco de Chocolate y Una de Fresa). Upon returning to Tijuana in 1968, Los Dug Dug’s took up residence at the popular Sans Sous Ci club. An American tourist was so impressed that he offered to bankroll a trip for the band to New York City. The group played a handful of live dates and recorded a few demos, but having no money to pay the union fees necessary to earn them the opportunity to play NYC’s larger venues left them with little choice but to return to Mexico.

Los Dug Dug’s immediately began work on their first LP for RCA Mexico, little knowing at the time that it would become a classic of psychedelia. Long-simmering creative differences between band leaders Nava and Jorge de la Torre forced the latter’s resignation after the album was completed; by the time the resulting psychedelic opus appeared in 1971, the first incarnation of Los Dug Dug’s was essentially no more. All that remained was this heavy, explosive album, a record which captures the fever/dream humidity of flower children running amok on a July afternoon. Essential.