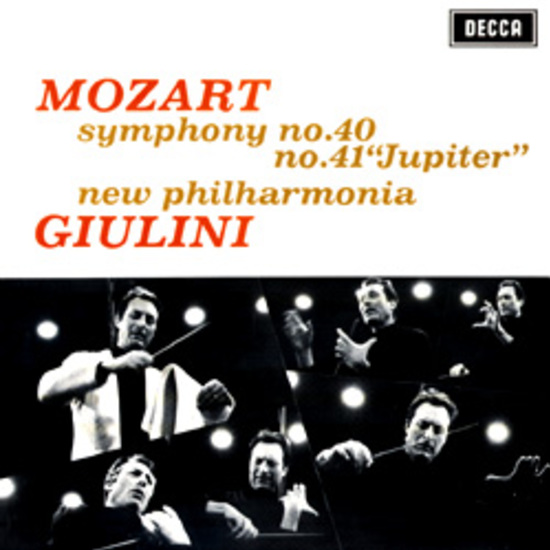 Like all the works he composed during his extremely productive years in Vienna, Mozart’s last two symphonies are remarkable for their ambitious and demanding individuality, despite the fact that they were written in the amazingly short space of only six weeks. Any inference to the dire circumstances in which the composer was living at the time might possibly be detected in the grave character of Symphony No. 40 in G minor. The so-called Jupiter-Symphony, however, which owes its name to the Roman god, brims over with an endless joy of life. The powerful final movement with its combination of fugal technique, rondo and sonata form is quite rightly regarded as a unique compositional achievement in the classical era.

The Mozart specialist Carlo Maria Giulini, who only enters the recording studio when he is quite totally sure of a thing, has set down a performance here which does without orchestral fireworks and concentrates on a seemingly endless flow of melody. The orchestral playing is light, airy and unpretentious, the strings as soft as silk – what more could Mozart have wished for.