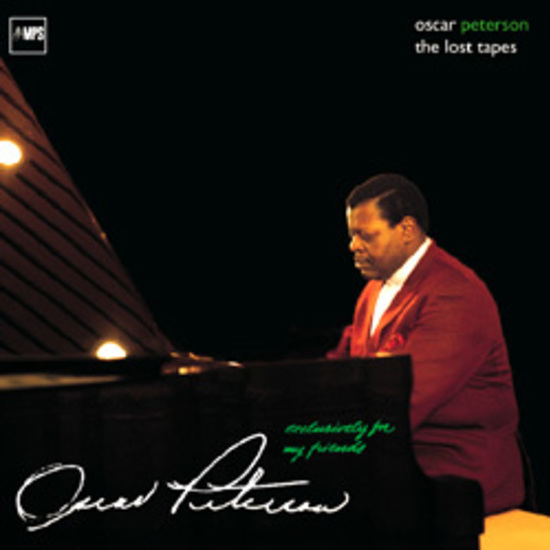 Tears of sorrow mingled with tears of joy as Oscar Peterson fans realized that the keyboard genius who had just recovered his health was still capable of amazing them all, although he had obviously forfeited some of his past vitality. This may well have induced MPS – the label with whom Oscar Petersen himself claimed to have made his best recordings – to search their archives for lost tapes from Peterson’s heydey. And lo and behold, a number of previously unreleased recordings were discovered which had been taped “exclusively for my friends” in the private studio in Villingen in 1965-1968.

The electric atmosphere of these live sessions before a mere handful of listeners proves once again just how at home the musicians felt in the Black Forest villa – as is borne out by the fact that Peterson’s usual trio formation alternated with his stand-in musicians of Sam Jones on the bass and Bobby Durham on the drums.

And now, exclusively for all jazz fans, these amazing tracks are available for the very first time on an LP filled with glorious sound. Whether long-time collector or jazz newcomer, one thing is certain: this album belongs in every collection!