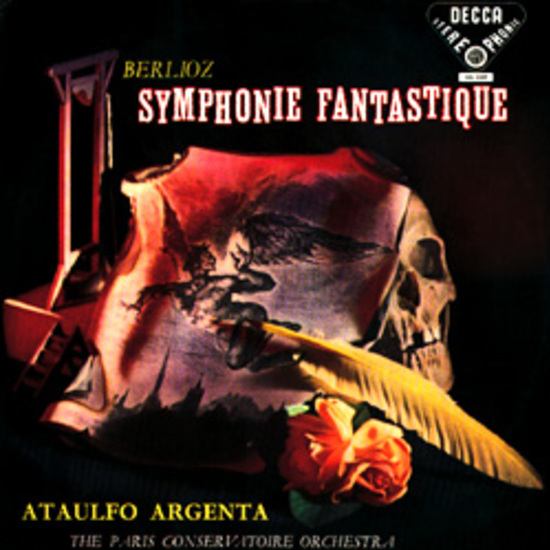 Behind the mysterious title Symphonie fantastique is to be found what was undoubtedly one of the most powerful musical compositions of its day. The highly controversial discussions which this autobiographical, extraordinary work provoked are quite understandable when one considers that Beethoven and Schubert had just put down their quills for the last time and that Wagner had only just left his childhood behind him. In commenting upon the daring cyclical structure of the work, one French music critic said, “In Berlioz’s Symphony we believe that we have seen the prelude to a revolution in instrumental music”.

In spite of being acknowledged and praised as a composer, Berlioz was never given the professorship he coveted at the Paris Conservatoire, and it might appear as if the renowned Conservatoire Orchestra was making its apologies for this in the present excellent recording. The various scenes of the intoxicating programme music are approached with daring; dreadful, macabre ideas are presented in a low, gloomy and dark timbre until finally a heroic attitude comes to the fore, accompanied by thundering drum rolls, when the death sentence is pronounced. Fantastique!