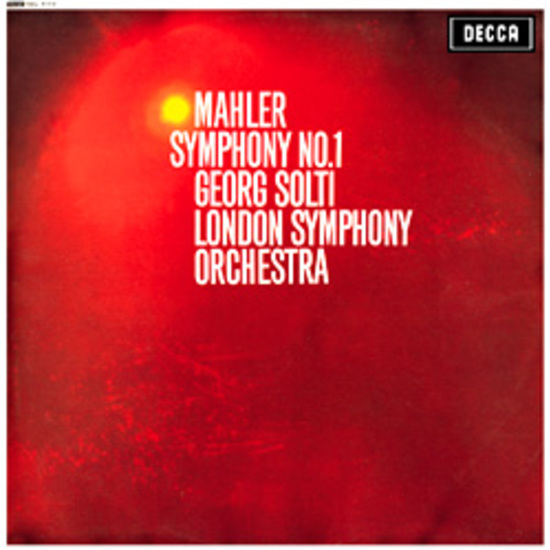 “What kind of a world is this which produces such sounds and forms to portray itself?” said Mahler of his First Symphony and gave the world his answer in the music.

What at first sounds like “endless Spring” is transformed grotesquely to become an irreal collage. Just how deceptive is this idyllic landscape through which the wayfarer wanders? Distant fanfares, furtive melodies and strange cuckoo calls disturb the seemingly peaceful depiction of Nature before the cheerful theme melody pushes to the fore. But this peace is transient too. The wayfarer begins to increase his pace, he is not the hunter but the hunted in a hostile world. This symphony neither portrays nor describes – it presents the esthetic counterpart of reality.

In view of the recent revival of Mahler and the resultant new recordings of his works, this early DECCA recording cannot be too highly praised. The disc guarantees not only a masterly performance but sumptuous sound and transparency. The owner of this particular recording of the Titan Symphony certainly needs no other and has every right to ask, “What kind of a record is this which produces such sounds…?”