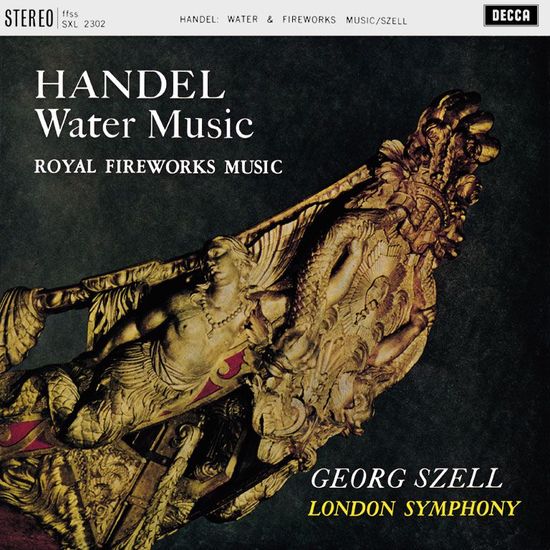 Composed in the spirit of the Baroque, the Water Music and Royal Fireworks Music were written by the highly regarded George Frideric Handel on commissions from Kings George I and George II of England.
The remarkable première of the Water Music – a suite of instrumental airs, fanfares, dances, and other delights – was played in 1717 by musicians in a barge who entertained the King and his entourage on a banquet held on board the royal barge which travelled up and down the river Thames. According to reports at the time, Handel’s new work was greeted with unanimous acclaim.

Music appeared equally fitting for the solemn but festive commemoration of a peace treaty. The Royal Fireworks Music – originally scored for brass, oboes and bassoons, plus timpani and the bizarre serpent horn – was composed in 1749 for the victory gala in London’s Green Park celebrating the Peace of Aix-La-Chapelle.

In both pieces Georg Szell and the London Symphony Orchestra conjure up the full splendour of baroque tonality. Orchestra and conductor are clearly in a festive mood. The strings show rare form, lush and radiant. The brass are brilliant but never shrill. The atmosphere is transparent, the spatial effects are impressive.

For the outstanding quality of this recording we are indebted not least to its inspired recording engineer, Kenneth E. Wilkinson.