Eine Kleine Nachtmusik / Divertimento No. 1 In D (A Musical Joke) 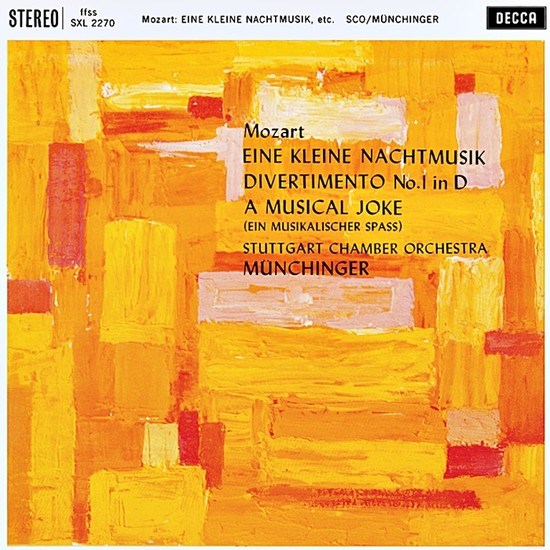 Eine Kleine Nachtmusik / Divertimento No. 1 In D (A Musical Joke)

Mozart wrote the Divertimento No. 1 at the age of six, while A Musical Joke and Eine kleine Nachtmusik were composed shortly before his death.

From what one hears, apparently only a few music lovers enjoy listening to Eine kleine Nachtmusik. Far too often has it been performed routinely rather than being filled with life. This recording is quite different: living up to his reputation, Karl Münchinger proves that this favourite can be imbued with significance.

The historical roote of the serenade lie in the suite which consists of varied contrasting dance movements. In the spirit of this tradition, Münchinger offers a clear and unfussed interpretation which is absolutely credible and has a freshness rarely heard. The ensemble plays both cheerfully and and wittily. In A Musical Joke, Mozart parodies amateurish composers of his own era, and the orchestra quite obviously participates in the fun.

This LP is distinguished by its musical and tonal balance and is one of DECCA’s best sound recordings.