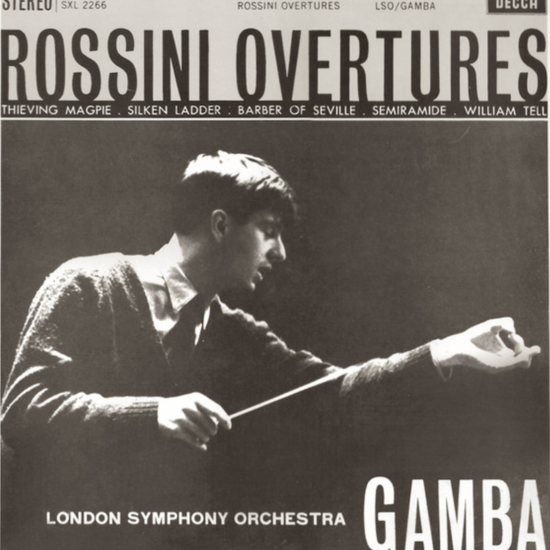 Although Gioacchino Rossini wrote 39 operas, they are rarely heard today – with the exception of The Barber of Seville. Many of his overtures have, however, remained extremely popular. This record presents five of them which were composed between 1812 and 1829. Rossini’s orchestral works are famous for the magic of the almost inevitable “Rossini crescendo”. The composer is said to have been so disheartened by the failure of his last opera William Tell that he gave up composing, and took his talents into the kitchen. He was an excellent cook and one can well imagine how the rich melodic inspiration of his overtures was transferred to his menus.

Pierro Gamba’s masterly interpretations convey the structure of the compositions, while the London Symphony Orchestra certainly sets off the fireworks. The sound quality has lost nothing of its brilliance and musically the recordings are of a very high standard, clear and animated.