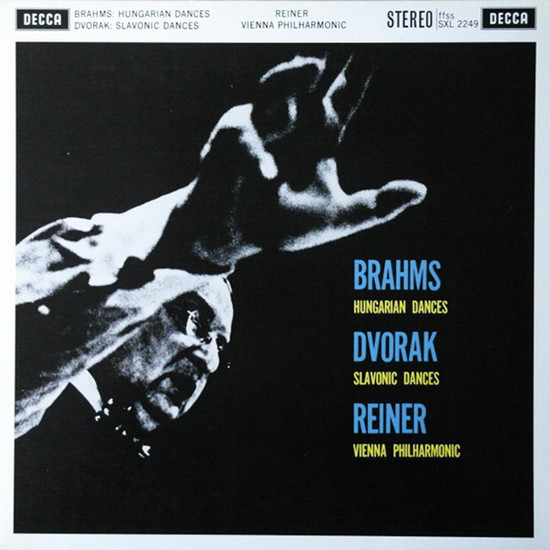 Fritz Reiner dedicated himself to the interpretation of works by modern composers such as Richard Wagner, Richard Strauss and Béla Bartók, and it suited him well to tackle works such as Brahms’s Hungarian Dances and Dvorák’s Slavonic Dances. These lively compositions require a conductor whose interaction with the orchestra is vivacious and animated. Reiner always demanded utmost concentration and perfection from his ensemble. Under his baton, the Vienna Philharmonic Orchestra plays with enthusiasm and without restaint; no trace of a sterile concert atmosphere is found in this recording.
Reiner’s penchant for effects is not irritating, but rather adds highlights which support his highly musical interpretation, indeed one even forgets this trait when listening to the brilliant music.

From a tonal point of view, the sound is beautifully balanced and reaches the highest standards despite its recording date of 1960 – or maybe just for that reason? The recording is characterized by its brilliance, warmth and vivacity with the result that listening becomes a true musical pleasure.