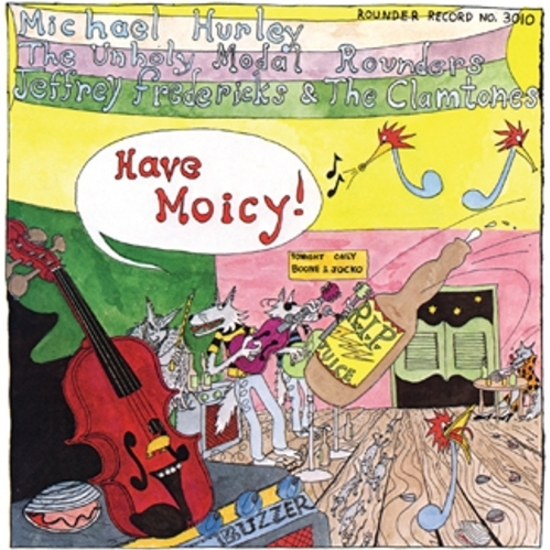 This 1976 LP, Have Moicy!, a collaboration with the Unholy Modal Rounders and Jeffrey Frederick & The Clamtones, was named “the greatest folk album of the rock era” by The Village Voice’s Robert Christgau. The extra songwriters on Have Moicy! broaden the worldview: Hurley is comfy, Jeffrey Frederick has a bitter streak, and Antonia of the Holy Modal Rounders has her mind on sex and drugs, while Peter Stampfel is his usual brand of wacko.