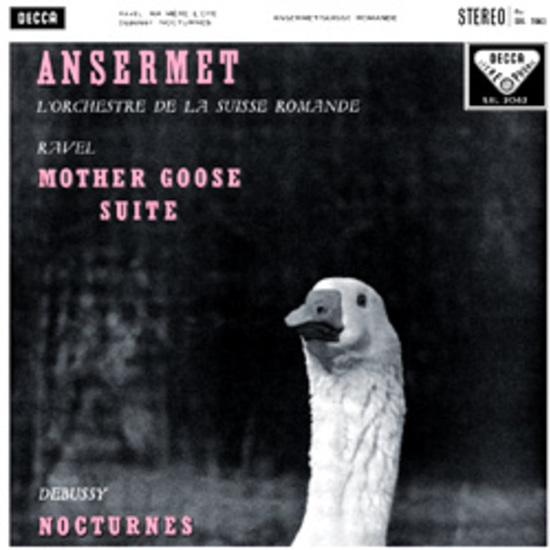 Ravel’s ballet music Ma Mère l’Oye, originally written for piano, four hands, was inspired by Charles Perrault’s fairy tale. Ravel mostly wrote music for small forms which is reflected by the short movements of the suite. The world renowned Orchestre de la Suisse Romande, led by the conductor best suited to this kind of music, Ernest Ansermet, bring out the vivacious and colourful elements of the work. The orchestra’s timbre is well suited to the gentle shading of the music, as is shown in the final Jardin féerique.

Completed by Debussy in 1899, the three Nocturnes reveal the aesthetics of a composer who put Nature above Art. Debussy endeavoured to achieve a natural flow and consistency in his music without slavishly copying the sounds of nature. Although Nuages (Clouds), Fêtes (Festivals) and Sirènes (Sirents) are night pieces, they are seen with a view to light and shadow: two optic conditions that influence the music.

The artists give an amazingly transparent and differentiated performance of the music. The present recording should not be missed by any lover of Impressionist music.