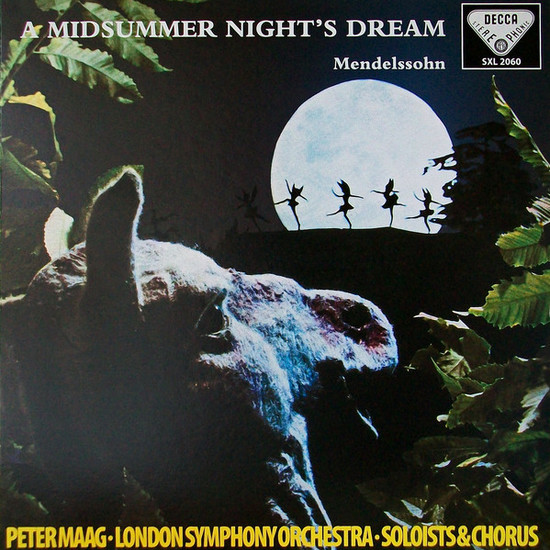 Felix Mendelssohn composed the concert overture to A Midsummer Night’s Dream in 1826 while the remaining incidental music, composed for a performance of Shakespeare’s famous play, was written many years later. His well known Wedding March and the other important numbers of A Midsummer Night’s Dream are included in this sought-after DECCA recording.

This composition is Mendelssohn’s most important stage works and a great favourite, which explains why it is so frequently performed (especially the overture) and recorded.

World-class musicians like the soloists Jennifer Vyvyan, Marion Lowe and the London Symphony Orchestra, conducted by Peter Maag, and supported by the Women’s Chorus of the Royal Opera House, Covent Garden, give a masterly performance of this delightful work which offers an insight into Mendelssohn’s early and late compositional styles.

The quality of the performance leaves nothing to be desired and the listener is carried away to a world of dreams, not only during a summer night.