Beethoven: Concerto No. 5 For Piano And Orchestra (Emperor) 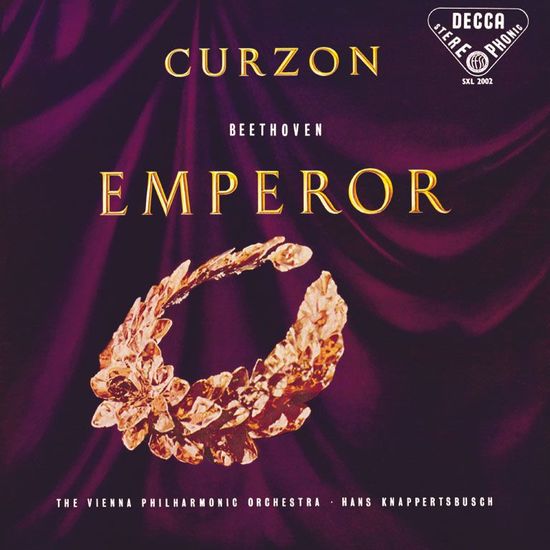 Beethoven: Concerto No. 5 for Piano and Orchestra (Emperor)

The Concerto No. 5 in E flat major for Piano and Orchestra, composed in 1809 at the time of Napoleon’s siege and occupation of Vienna, was Ludwig van Beethoven’s last work in this form. The heroic optimism at the heart of the Concerto finds expression in the majesty of its design and the innovative virtuosity of the solo part. The dialect between piano and orchestra creates an electric atmosphere of brooding depth and sweeping grandeur. Beethoven’s choice of key, the E-flat major, was not arbitrary but gave voice rather to the wild pathos in his own soul.

Clifford Curzon’s interpretation of the score is intelligent and refined, his execution characterized by introspective discipline. The exemplary interplay between Curzon and Hans Knappertsbusch evokes the chiaroscuro latent in each of the Emperor’s three movements. The Vienna Symphony Orchestra displays its customary brilliance throughout.

This DECCA recording, one of the very earliest in stereo, is convincing both musically and tonally. More than a document, it is a milestone in musical history.