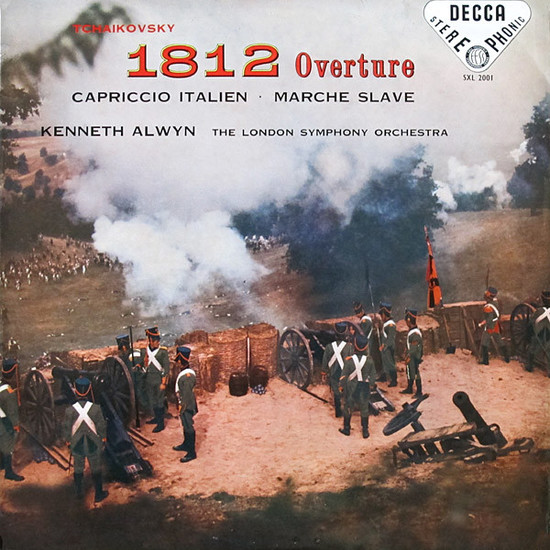 The 1812 Overture, Tchaikovsky’s musical tribute to celebrate victory over Napoleon’s army, is one of those 19th-century works which is seldom performed in the concert hall due to the enormous number of instruments it requires. This programmatic symphonic work with its battlefield participants – male-voice choir, bell chimes, percussion, and cannon-fire – requires the utmost from everyone involved, from the tutti strings right up to the balance engineer.

The gratifying result of a production made with only the very best ingredients can now be enjoyed once again with this re-release of a DECCA recording. The London Symphony Orchestra, led by Kenneth Alwyn, has achieved a remarkable feat, their rich timbre enhancing every nuance of this closely-knit score. Sonorous strings and polished brass wind passages ensure that the listener’s attention will be riveted right to the very last bar.

Less nerve-racking but certainly no less riveting in its beauty and lightness are the well-known Capriccio italien and the popular Marche slave. The purchaser of this LP can congratulate himself that he now possesses three of Tchaikovsky’s greatest showpieces.