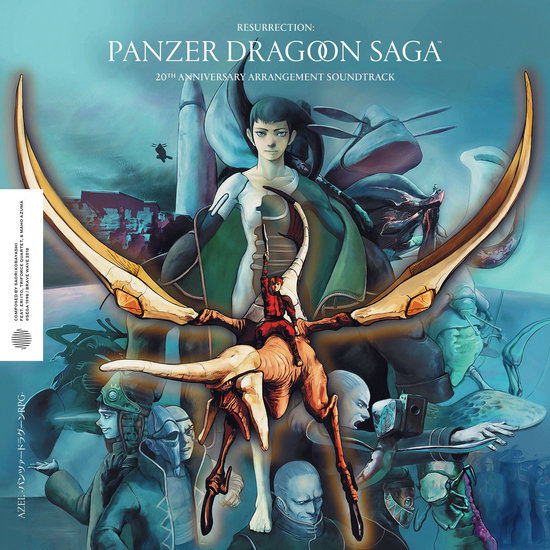 Brave Wave is proud to announce the release of a new arrangement soundtrack for the legendary SEGA Saturn RPG, Panzer Dragoon Saga. Saori Kobayashi, the game’s original co-composer, has selected 20 tracks from the original game and given them fresh, new arrangements that will allow longtime series fans to reminisce about the game’s iconic music while simultaneously experiencing it in a brand new way.

Joining Kobayashi is Eri Ito, one of the original vocalists for the game. She lends her powerful and dramatic vocals to two songs. Five tracks are backed by the Washington D.C.-based video game music band, Triforce Quartet, with three songs featuring the backing of Boston-based flutist Maho Azuma.