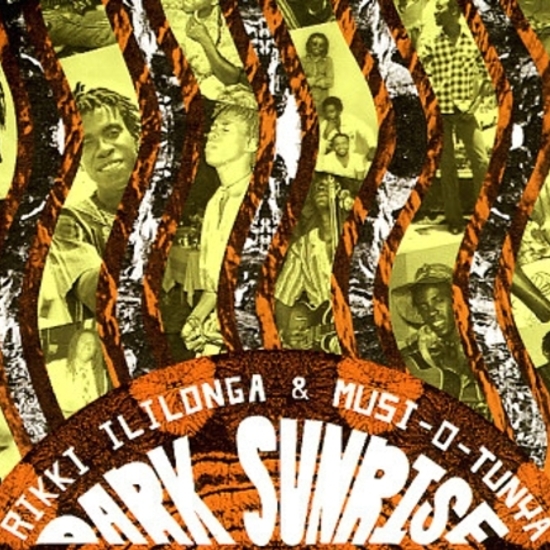 • Rare and previously unreleased tracks
restored and remastered – many from the
original master tapes
• Detailed liner notes with an exclusive
and detailed interview between Egon and
Rikki Ililonga himself!
• Limited edition Deluxe 3xLP box set
containing reproductions of all three original
album covers and a 16-page booklet

The anthology surveys Musi-O-Tunya’s rarely heard 7“ singles – not just the first psychedelic rock music, but the first pop music independently released in Zambia – their debut album Wings of Africa and follows Ililonga’s solo career in its first stages, with his Zambia and Sunshine Love albums. While global psychedelic rock and funk enthusiasts have recently been introduced to Zam-Rock via Now Again and Shaddock’s re-issues of the likes of Witch and Amanaz’s early albums, Dark Sunrise stands as the definitive document that, both musically and in prose, shines light on this African musical hotbed.

Dark Sunrise contains 25 tracks that can be distilled to simple descriptions driving music characterized by James Brown’s raw funk, combined with the fuzz guitar sounds of Jimi Hendrix and the polyrhythms native to this African nation. But this neglects to mention Musi-O-Tunya and Ililonga’s otherworldliness. Sure, the majority of their work is performed in English, but this is unique psychedelic rock/blues/rumba/folk/funk music, the likes of which has rarely been heard outside of Zambia’s borders. This gem is packaged as a 3xLP box set. Included is a stunning 16-page full color booklet with never-before-seen photos, ephemera, an introduction to the Zam-Rock scene and a candid interview between Egon and this little known yet genius African multi-instrumentalist himself.