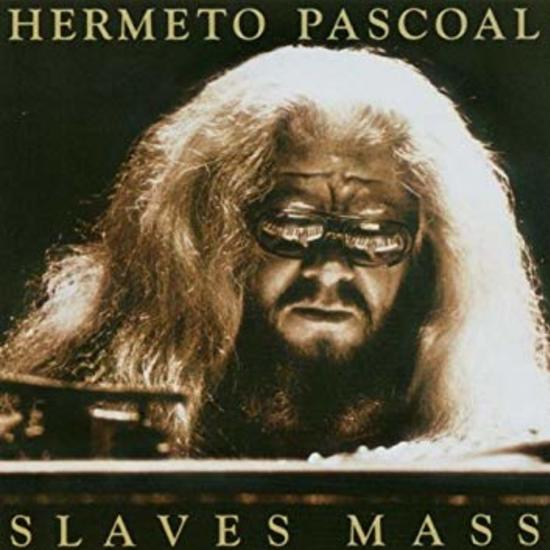 Not strictly a jazz album in the strict sense, Slaves Mass has strong compositional themes among its seven tracks. The maestro Hermeto Pascoal plays everything from flutes, soprano saxophone, guitar, Fender Rhodes, acoustic piano and clavinet on this set, and enlists help from Ron Carter, Airto, Flora Purim, Raul DeSouza, David Maro and others. “Mixing Pot,” is the opener and an anomaly in that it is a vanguard fusion tune where Pascoal really digs in and improvises. It also features the only appearance on this set of Alphonso Johnson on electric bass. In “Missa Dos Escravos,” the title track, Pascoal’s emblematic pig gives his first growls in a song dominated by Brazilian Indian references. Wonderfully and intricately composed, it centers around folk tropes. “Chorinho Para Ele” is a beautiful and modern choro with a somewhat challenging glissando bridge that really proposed new directions for the traditional genre.

“Aquela Valsa” is a beautiful six/eight theme that turns into a samba with a beautiful trombone solo by DeSouza. “Cannon” is an utterly improvisational piece that meanders and winds around Pascoal’s flute solo. Atonalism dominates the piano solo in “Escuta Meu Piano,” which also presents bits and pieces of different styles (like baião) and folk songs. Hot samba improvisation is found in “Geléia de Cereja,” that slips and slides through a variety of schema and dynamic changes without much internal focus, but it is a compelling bit of creative anarchy nonetheless in that it displays Pascoal’s full range of restless musical and textural impulses — as well as a beautiful soprano solo. Thom Jurek/AMG