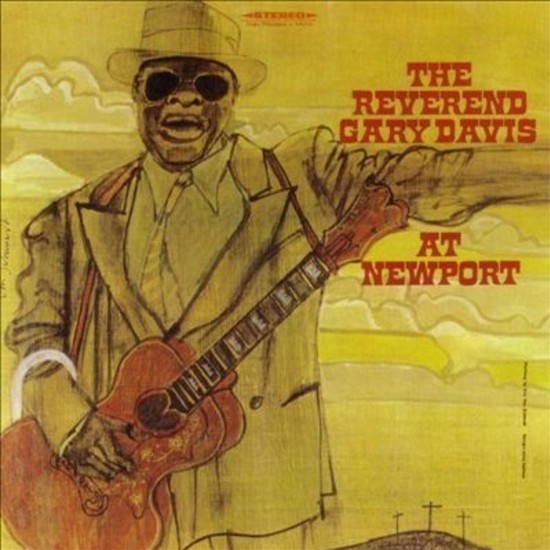 This is one of the few handful of recordings to feature the Rev. Gary Davis in concert. As the name of the project suggests, the proceedings were documented at the Newport Folk Festival in July of 1965. The Reverend’s solo vocal is accompanied by his own six- and twelve-string guitar(s) as well as mouth harp. The repertoire incorporates a wide range of secular blues and sacred gospel. Davis’ material is derived from his own writings and notable interpretations of folk and blues standards such as “Lovin’ Spoonful” and “I Won’t Be Back No More.” Also featured are insightful readings of some of his best-known and loved religious sides — namely “Death Don’t Have No Mercy” and “Twelve Gates to the City.” It is remarkable that although the Reverend was approaching 70 — at the time of this recording — his driving passion and verve are of a man half his age.

The frenetic “Samson & Delilah (If I Had My Way),” the haunting “You’ve Got to Move,” the high-spirited “Buck Dance,” and “Twelve Sticks” are among the most passionate and emotionally charged selections available in his canon. This set provides the platform for Davis to raise them to an even greater exceptionally potent level. The clean and nimble fret and fingering that became his signature sound has arguably never been as direct and forceful. The two instrumentals best reveal this facet of his performance. Unlike a majority of the garden-variety studio renditions of these songs, there is an almost palpable sense of salvation and urgency in the concert recordings — making them seminal instalments of his musical catalogue. Lindsay Planer/A