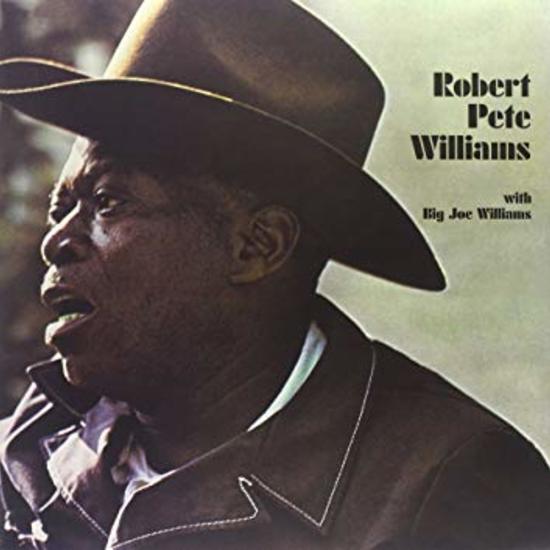 REAL blues… He took the pain in his soul and the dirt on his hands and made songs out of them…. Robert Pete Williams …the most avant-garde blues performer ever recorded. No punk rock band has ever matched the jagged, acerbic fury of the riffs Williams played 35 years ago. No rapper has approached his ability to evoke the torment of life in prison or bend language to cast an eerie spell over a chance encounter with a seductive woman…. His blues was extremely original, sometimes even hard to understand. No other performer has captured the emotional effect of a desperate situation like he did. He had never been recorded when he was discovered in Angola Penitentiary in Louisiana, convicted of murder.

Robert Pete probably has the most unique blues style of all bluesmen. Neither his guitar work nor his singing can be categorized into any established regional style such as “East Coast,” “Mississippi Delta” or “Texas Blues.” His music and lyrics are spontaneous and original. No major influence of other bluesmen can be found in his idiosyncratic, intensely personal performances. Blues scholar Pete Welding described his music as "tough, mean, and, above all, impassioned like the man himself.