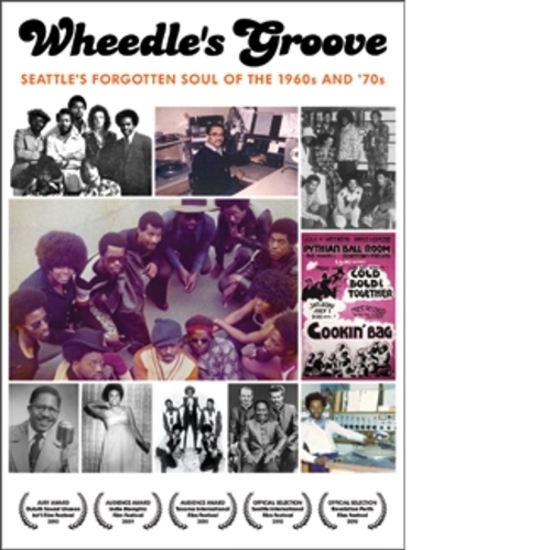 “DVD of the Month” – MOJO Magazine

“A must-see for any fan of soul, funk, and R&B music.” – Tim Sampson, Stax Museum of American Soul Music

During the late ‘60s and early ‘70s, and decades before Nirvana, Microsoft and Starbucks put Seattle on the map, Seattle’s African American neighborhood known as the Central District was buzzing. The soul sounds of groups like Black On White Affair, Cookin’ Bag, and Cold Bold & Together filled local airwaves and packed clubs seven nights a week. As many of the bands began breaking out nationally via major record deals, television appearances, and gigs with the likes of Curtis Mayfield and Stevie Wonder, the public demanded disco and the scene slipped into obscurity.

Flash forward thirty years later, local crate digger DJ Mr. Supreme unearthed Seattle’s soulful past by finding a dusty 45 single by Black On White Affair in a .99 cent bin at a Seattle record show. By 2003, he had carved out an impression of a once thriving scene with a pile of Seattle soul 45s, some of which were fetching upwards of $5,000 on the collector circuit. Supreme approached local label Light In The Attic with the idea of releasing an album compilation of his discoveries, and the result was entitled Wheedle’s Groove: Seattle’s Finest In Funk & Soul 1965-75. At the release party, a line of nostalgic 60 year old fans and funk-hungry 20-somethings wrapped around the block as the musicians inside (currently working as graphic designers, janitors, and truck drivers), reflected on music dreams derailed, and prepared to perform together for the first time in 30 years – their performance sizzles.

Narrated by Seattle’s own Sir Mix-A-Lot and featuring interviews with local soul musicians of the era, as well as commentary from Seattle native and legendary producer Quincy Jones, jazz pop star Kenny G (himself a veteran of the 1970’s regional scene), and fresh perspectives from members of Soundgarden, Death Cab For Cutie, and Mudhoney, Wheedle’s Groove proves that The Emerald City’s got soul!