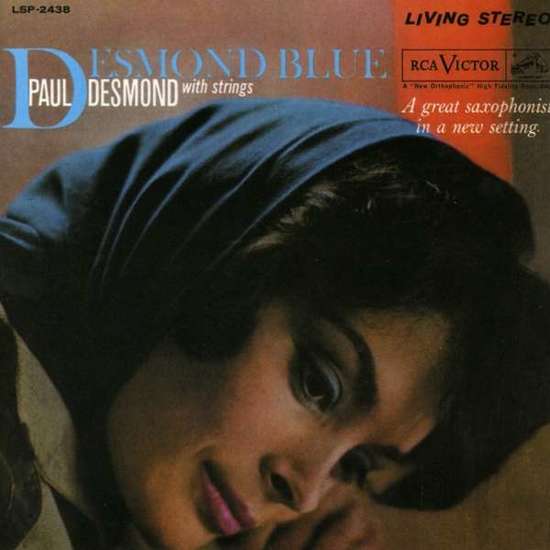 As intended, this album presents alto sax specialist Paul Desmond as never featured before, with the backing of a string orchestra. The record, filled with such beautiful jazz standards as “My Funny Valentine,” “I’ve Got You Under My Skin,” and “Body and Soul,” is very rich in texture, yet subtle and mellow overall in mood. It’s unyielding purpose: to soothe the souls of its listeners. Desmond’s style and tone shine with an alluring quality, and the record is filled with melodies that don’t fail to stimulate the sophisticated jazz listener. Desmond’s melodies are eloquently detailed and charmingly spun in the midst of the string orchestra arranged and conducted by Bob Prince.

Jim Hall is featured as guest guitarist, playing yet another scintillating role and using his classic comping style. Hall is perhaps the most highly respected of all jazz guitarists for his good taste and witty inventiveness. Desmond has always been most familiar to the jazz public for his sweeping scale passages and his seemingly effortless spontaneity during periods of improvisation, although here he is often featured in a more lyrical ballad style on such romantic tunes as “My Funny Valentine,” “Late Lament,” and “Then I’ll Be Tired of You.” This album is a highly innovative and meticulously crafted work, reflecting the ongoing success of both Desmond and Hall within the 1960s and the cool jazz period. Both of these musicians spent time working with Dave Brubeck and later lent themselves to many of Antonio Carlos Jobim’s bossa nova projects. The arrangements are extraordinary throughout this collection, including the charming “Valentine,” which begins with a fantastic Elizabethan flavor.

The intro sets up the mood to carry Desmond into the first chorus, which then glides into a 20th century style. The tune “I Should Care” is “a shimmering debt to Ibert and one of the most imaginative blendings you will ever hear of strings, reeds, French horn and harp,” according to the liner notes. The tone of the album: lush, reflective, thought-provoking, and soul-stirring. This work is quite a plus for any listener and especially those who consider themselves avid fans of Paul Desmond. by Shawn M. Haney /AMG