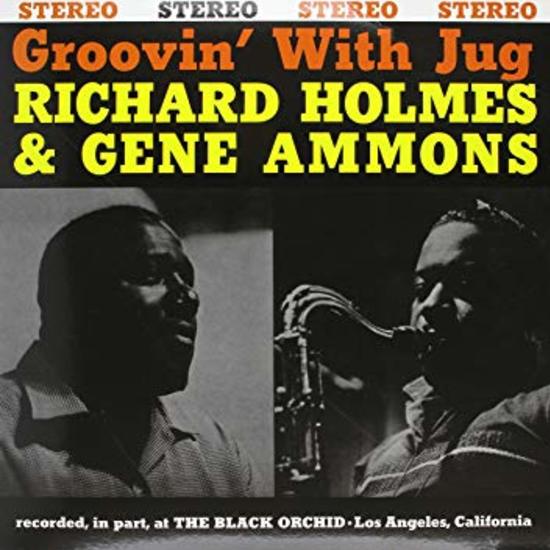 Ironically, Gene “Jug” Ammons tended to be critical of organists; he was quoted as saying that “organ players don’t know any changes.” However, as critical the Chicago tenor saxman might have been of organists — most of them, anyway — he did some of his best work in their presence. When you united Ammons with Jack McDuff, Johnny “Hammond” Smith and other B-3 masters in the ’60s, the sparks would fly. They certainly fly on this excellent album, which finds Ammons and Richard “Groove” Holmes co-leading a soul-jazz/hard bop organ combo that also includes guitarist Gene Edwards and drummer Leroy Henderson.

The quartet is heard in two settings on August 15, 1961 — three of the eight selections were produced by Richard Bock in a Los Angeles studio in the afternoon, while the other three were recorded several hours later an L.A. club called the Black Orchid. Ammons and Holmes prove to be a strong combination in both settings, although their playing is somewhat looser at the Orchid, where the delights include some slow blues, a smokey ballad (“Willow Weep for Me”) and a lightning-fast barnburner (Ammons’ “Juggin’ Around”). However critical Ammons might have been of most organists, it’s obvious that he and Holmes share a lot of common ground on Groovin’ With Jug Alex Henderson/AMG