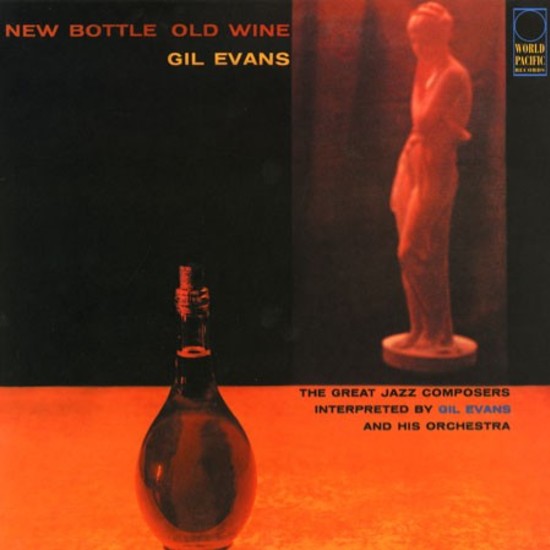 The great jazz arranger Gil Evans is best known for his collaborations with Miles Davis, but he also led a monster session for Impulse, Out of the Cool, a fabulous Verve date, The Individualism of Gil Evans, and several great releases on the Pacific Jazz/World Pacific label. This World Pacific re-issue features Julian “Cannonball” Adderly on alto, Frank Rehak on trombone, Johnny Coles on trumpet and Chuck Wayne on guitar, filled out with a handful of other players making up a modestly sized “big band”.

This is a neglected masterpiece, otherwise available only as on out of print Blue Note CD. The lack of a listing in the Penguin Guide reflects this state of neglect, which afflicts jazz records in general. This 1958 recording was Evans’ second release as a leader, and it proved that he could fly solo. The session consists of classic jazz standards, among them ‘St. Louis Blues’, ‘Round Midnight and ’Lester Leaps In’ and the interpretations are classic too. For years I’ve enjoyed my mono original and I sniffed a bit when I saw Pure Pleasure had re-mastered the stereo tapes. How wrong I was! This is a true stereo recording and an outstanding one at that, which I prefer to the mono. Highest recommendation. Dennis D Davis / HiFi+