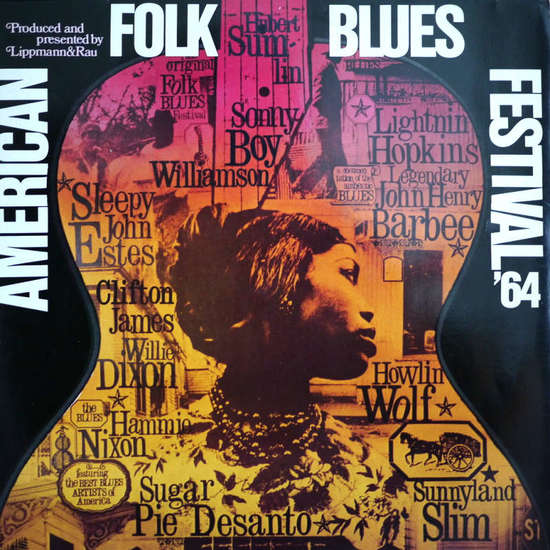 German jazz publicist Joachim-ErnBerendt st first had the idea of bringing original African-American blues performers to Europe. Jazz had become very popular, and rock and roll was just gaining a foothold, and both genres drew influences directly back to the blues. Berendt thought that European audiences would flock to concert halls to see them in person. Promoters Horst Lippmann and Fritz Rau brought this idea to reality. By contacting Willie Dixon, an influential blues composer and bassist from Chicago, they were given access to the blues culture of the southern United States. The first festival was held in 1962, and they continued almost annually until 1972, after an eight-year hiatus reviving the festival in 1980 until its final performance in 1985.

The concerts featured some of the leading blues artists of the 1960s, such as Muddy Waters, Howlin’ Wolf, Willie Dixon, John Lee Hooker and Sonny Boy Williamson along with blues legends from an earlier period such as Sleepy John Estes, John Henry Barbee & Lightnin’ Hopkins. Attendees at Manchester in 1962, the first ever venue for the festival in Britain, included Mick Jagger, Keith Richards, Brian Jones and Jimmy Page. Subsequent attendees at the first London festivals are believed to have also included such influential musicians as Eric Burdon, Eric Clapton, and Steve Winwood. Collectively these were the primary movers in the blues explosion that would lead to the British Invasion.
Review from The Daily Express, September 2014 by Paul Stewart