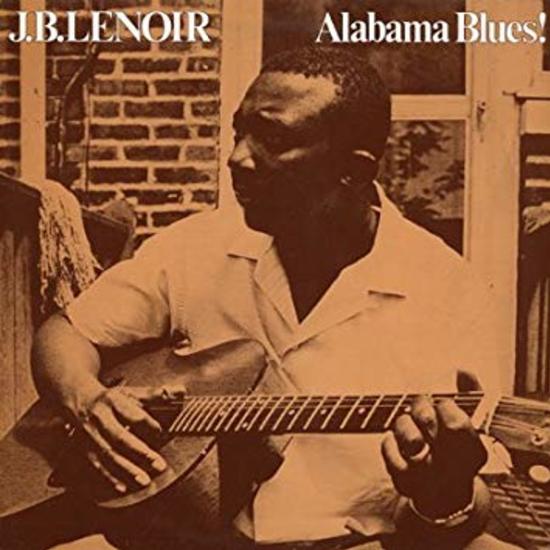 J. B. Lenoir was one of the outstanding blues artists of all times. His album Alabama Blues is the first recorded document by any blues poet, who included and incorporated very critically the social and political situation of black people living in the U.S.A. in the year of 1965. Thus a musical document was created long before the black communities in the United States became proud of their heritage — their ROOTS. Jimi Hendrix was the first artist who acknowledged that J. B. Lenoir’s work, preserved in this album, was a major part of his self-liberation and of finding his own identity, Though the Library of Congress has placed this album in its achives as an important part of American Musical History — comparable to Duke Ellington’s “Black, Brown and Beige Suite” for example — it was never released in the United States, and even in Europe its distribution was poor. Because of this it has become one of the most searched-for collectors’ items in music today. I’m happy and proud to release this masterpiece of music again.