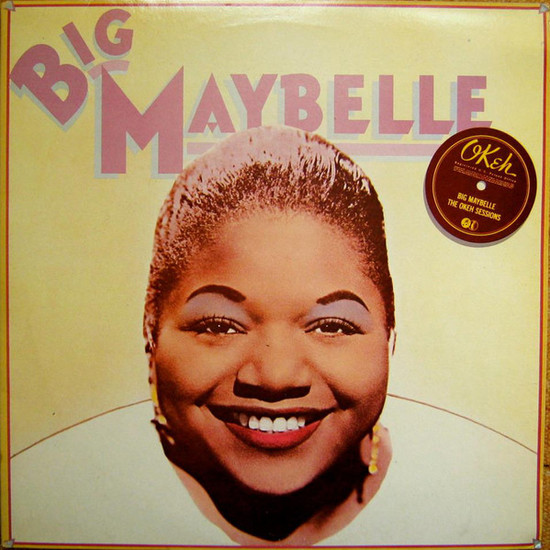 Her mountainous stature matching the sheer soulful power of her massive vocal talent, Big Maybelle was one of the premier R&B chanteuses of the ‘50s. Her deep, gravelly voice was as singular as her recorded output for Okeh and Savoy, which ranged from down-in-the-alley blues to pop-slanted ballads. She appeared at the Newport Jazz Festival in 1958, and acquired a large following among lovers of the blues, rhythm and blues, jazz and rock and roll. Near the end of her life she even covered hits by the Beatles, andDonovan. Big Maybelle’s career was hampered throughout and cut short by a severe drug addiction, but she packed a lot of living into her shortened lifespan. It’s worth mentioning how, almost half a century later, the power in her Okeh sessions is still palpable.

With her bold, gritty sound, she comes off like nothing so much as a female Howlin’ Wolf, and one can’t imagine her not being an influence on the full-throttle blues of Etta James, Aretha, Janis Joplin and countless others. ‘So Good to My Baby’ features typically microphone-distorting belting from the singer, and an appropriately blazing horn section. ‘Gabbin’ Blues,’ her 1952 Okeh debut smash, is a humorous dialogue between Maybelle and gossiping rival Rose Marie McCoy, the tune’s co-writer.

One of the most stirring cuts here is ‘Ocean of Tears,’ a percolating, minor-key tune in which Maybelle bemoans her sorrowful state with an unforgettably cathartic angst. Also impressive, though, are ballads such as ‘You’ll Never Know,’ ‘Ain’t No Use,’ and ‘You’ll Be Sorry,’ which show a pleasant, softer side to Maybelle’s craft. ‘Whole Lotta Shakin’ Goin’ On,’ , her 1955 single ‘One Monkey Don’t Stop No Show’ and 1954’s ’I’m Getting ‘Long Alright’, are also standouts. New York session wizards such as tenor saxophonist Sam “The Man” Taylor and guitarist Mickey Baker provide great support throughout. The tracks contained on this album showcase one of the greatest blues singers of all time, at her prime. De Mayo De