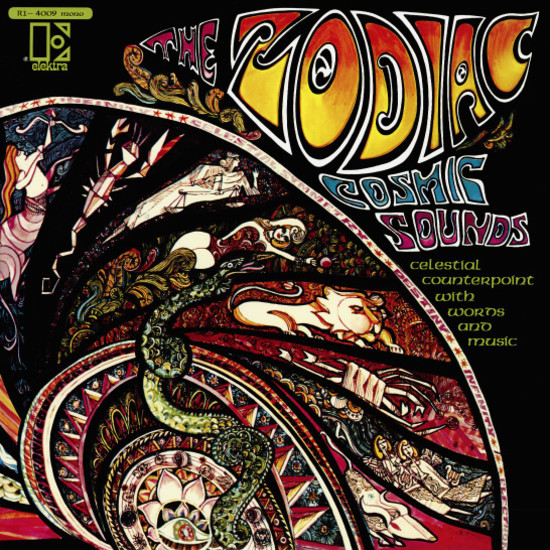 Absolutely essential Peel favourite Psych masterpiece now back on Vinyl taken from Analogue Masters and like you’ve never heard it before … A conceptual Psychedelic collaboration by MORT GARSON!

This album was released on the ELEKTRA label in August 1967 in the U.K. It was heavily played by John Peel on his Perfumed Garden shows, where he used it as a basis for a competition (He had been sent a copy by Clive Selwood, the then head of Elektra’s London office and later to become Peel’s manager). The LP was extremely popular with Perfumed Garden listeners and was mentioned in the lyrics of Geoffrey Prowse’s fan tribute to the program, “The Perfumed Garden Blues, or John Peel’s lament”.’He played the Mothers of Invention and the Velvet Underground. He played some freaky music called the Zodiac Cosmic Sounds.

The 12-track concept album featured both music and spoken narration on the theme of signs of the zodiac. Based on an initial idea by Elektra chief Jac Holzman, it was a collaborative effort with music written by Mort Garson, words by Jacques Wilson, and narration by Cyrus Faryar. The early use of the Moog synthesizer was by Paul Beaver. There was no artist called either The Zodiac or Cosmic Sounds, a fact which confused some buyers of the LP. The back sleeve informed listeners that the record “MUST BE PLAYED IN THE DARK”.

In 1994, Peel played the LP again in full over three months on his BBC Radio One shows in a regular spot shortly after the 5.30 news on Saturday afternoons, to follow a similar run through the ‘Astrology Songs’ album of Harvey Sid Fisher.

Peel continued to broadcast selections from the 1967 LP into the 21st century, usually coupled with more contemporary tracks with similar themes. On 13 August 2002, he commented:Hasn’t really stood the test of time terribly well, but at the same time, clutches at the heart slightly.