Stories From The Steeples 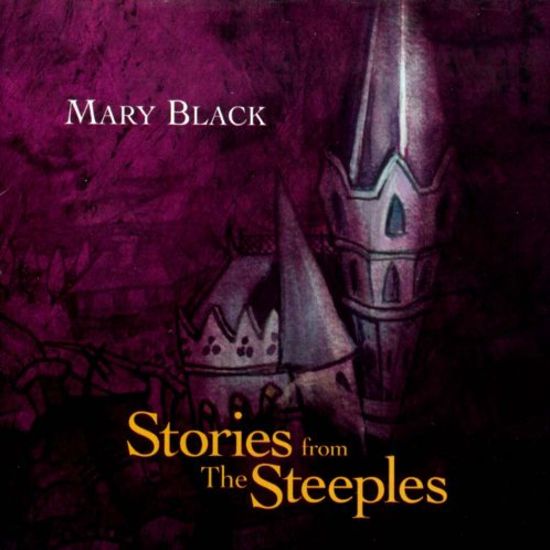 Stories From The Steeples

Despite its title and front cover art, Stories from the Steeples, Mary Black’s first recording in six years, is not a collection of hymns. It is titled for the Dublin studio where it was recorded. These 12 new selections are, in typical Black form, an impeccable mix of traditional-sounding and contemporary material. There is an enormous list of contributing players on these sessions, but the constants are guitarist Bill Shanley, keyboardist and accordionist Pat Crowley, double bassist Nick Scott, and fiddler Matt McGranahan. The album’s opening cut, “Marguerite and the Gambler,” written by Ricky Lynch, is certainly informed by the spirit of Bob Dylan’s “Lily, Rosemary and the Jack of Hearts” (though Dylan’s song was certainly informed by outlaw tales of the American South that came from centuries-old Celtic balladry in the first place, so there you go). It contains a stellar arrangement that highlights piano, mandolin, and McGranahan’s lonesome fiddle.

Three duets are strategically placed in this set. “Walking with My Love,” an easy shuffler, is sung with countryman and Irish music legend Finbar Furey, who also plays banjo on it. “Lighthouse Light” sounds like it could have come from Ireland in the early 1960s (and maybe its melody originally did), but it was actually written by the Boston-based Irish songwriter Ry Cavanaugh; it features Black singing with the incomparable Janis Ian. The real surprise though, is the album’s first single, “Mountains to the Sea,” written by Australians Shane Howard and Neil Murray. Walking the line between Celtic, contemporary folk, and pop, Black is joined by countrywoman and chart-topping rock & roll singer Imelda May.

Each woman does what she does best — May doesn’t rein herself in, Black doesn’t try to rock it up. Their voices, phrasing, and timbres complement one another beautifully, weaving together seamlessly on the refrain. Another highlight is Black’s reading of Eric Bogle’s antiwar ballad “All the Fine Young Men.” There are three songs here written by the Coronas’ Danny Reilly — who also happens to be Black’s son. The best of the three — though none of them are duds — is the sparse, skeletal ballad “Faith in Fate.” Her other children, Roisín and Conor, appear with Danny on his “The Night Is on Our Side.” Stories from the Steeples is a welcome return for one of contemporary folk music’s finest voices and most original stylists; it is also a stand-out album in Black’s solo catalog. By Thom Jurek / AMG