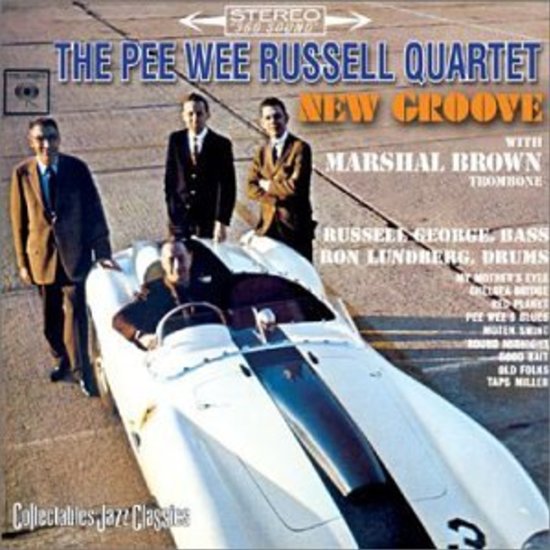 Clarinetist Pee Wee Russell’s career on record stretched all the way from the 1920s, when he played with musicians such as Jack Teagarden and Bix Beiderbecke, to the 1960s, when he appeared with Thelonious Monk at Newport and made albums that included compositions by modernists such as Ornette Coleman and John Coltrane.

Although he was pegged as being Dixieland by some and trumpeted as an elder hero of the 60s avant-garde by others, Russell remained a school unto himself. Jazz writer Whitney Balliett said that Russell played with an incomparable “daring and nakedness and intuition. He had discovered some of the secrets of life and his improvisations were generally successful attempts to tell those secrets in a new, funny, gentle way.”