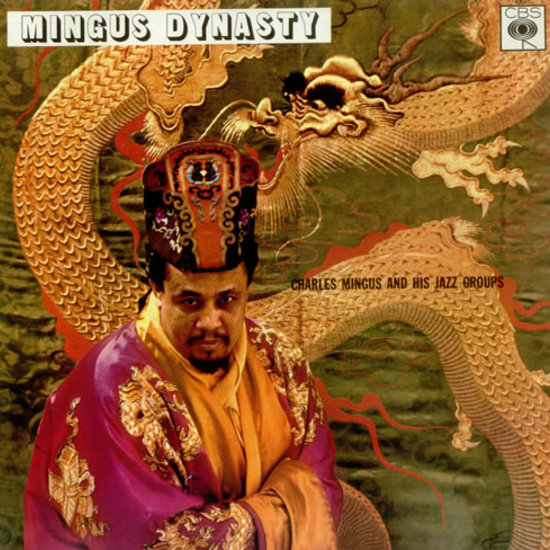 Mingus Dynasty, like its predecessor and Columbia companion Mingus Ah Um, was recorded in 1959, a watershed year for the insuperable, eruptive bassist-composer Charles Mingus. Leading what amounted to a repertory company comprising some of New York’s best and most creative improvisers, Mingus musically challenged two ensembles (a tentet and a nonet that includes two cellos) as they never had been challenged before.

The music herein remains as arresting as the LP’s original cover photograph of a mock-imperious Mingus in full Chinese emperor regalia was eye-catching. There are familiar Mingus themes like the bonus track "Strollin’, which, sans vocal (by Honey Gordon, who joins the tentet) is known as "Nostalgia In Times Square, from the bassist’s original soundtrack to John Cassavetes’ Shadows. Mingus also honours two generations of Ellington: his idol, Duke (whose “Mood Indigo” contains a virtuosic bass solo) and the maestro’s son, Mercer (“Things Ain’t What They Used To Be”), There are a pair of fiery gospel-and-blues originals—"Slop" and “Gunslinging Bird”—in the driving 6/8 time that was Mingus’ personal property. And there are complex pieces such as “Far Wells, Mill Valley” and “Diane,” which after an atonal beginning, opens like a flower to yield one of Mingus’ most touch­ing themes.

The collective personnel would be hard to beat in 1959, or any other year. Originally pro­duced by Teo Macero, who had also played Mingus’ music, this newly remixed and remastered, expanded edition of DYNASTY was prepared by Michael Cuscuna. The artist’s original annotation (as told to Diane Dorr-Dorynek) is here, augmented by new notes by Mingus biographer Brian Priestley, There are also previously unpublished photos from the recording date. MINGUS DYNASTY rules!