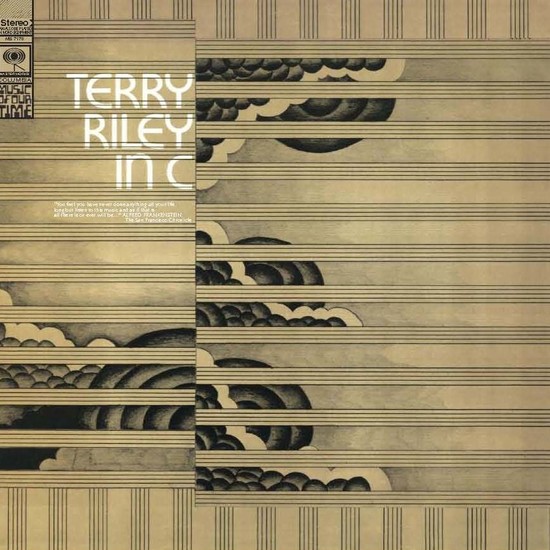 Terry Riley’s ‘In C’ – by all account, the mopst important work in the history of minimalism “A Masterpiece”- it has been re-recorded by Portishead’s Adrian Utley.

If ever there were a popular work of minimalism, one that stated its purpose so clearly it could not be mistaken, Terry Riley’s legendary composition In C is the one. It is a work that needs no explanation for its pulsing sequences of pitch all centering around the 53 phases of no duration played on the note and its performances have been numerous—even if there have been relatively few recordings of it.

The Bang on a Can all-stars have recorded perhaps the most innovative version of the work thus far, after Riley’s own, which was issued in the 1960s on Columbia’s long defunct Odyssey label. This version reads minimalism as popular music and popular music as, finally, classical. The Bang on a Can version is outrageously wonderful. This single repeated note, meditatively engaged and then played upon in modulation, is taken by Bang on a Can and torn apart, with gritty, urban vision, rock & roll energy, and pure New York street smarts. Using a wide array of instruments (from piano, vibes, glockenspiel, cello, Wu man’s pipa, clarinet, mandolin, soprano saxophone, electric guitar, marimba, chimes, and bass) for 45 minutes, this mind-flexing composition is moved through the sequence of all these instrumentalists, each coloring it just a bit, moving it a tad further outside and into the future, the dynamics shift subtly and change, direction becomes fluid, and the drama becomes white-knuckle tense after such a meditative beginning and then releases again. This is the creation of language, tonal, timbral, and spatial.

There is an architecture at work in this version that erects small towers of meaning in sound and piles them atop each other until a sonic Tower of Babel is finally fully erected. The pulse never stops; it never disengages no matter which instrument or group of instruments enters or leaves the fray. It is there, constant, always being born and always dying and being transformed, reincarnated as some other sound, some other phrase, but always identified by the pulse. This is more hypnotic than any rock & roll, and more powerful than any Beethoven symphony is taken in with openness. This is music — ultimately made by a truly gifted and disciplined ensemble that share a singularly optimistic vision for modern music — that can, and will, change your life.