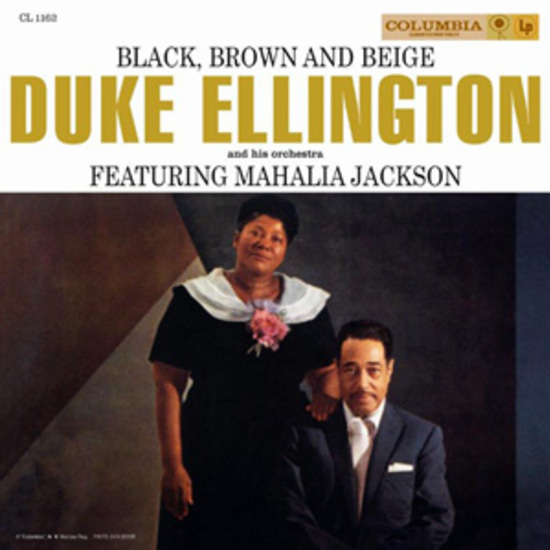 The history of Black, Brown, & Beige is in its own right momentous. Ellington premiered the work at Carnegie Hall on January 23, 1943, at Duke’s first performance on that illustrious stage.

The Maestro has created the Come Sunday Suite. Duke Ellington basically reduced his three movement work to its first, “Black,” elevating that movement’s spiritual theme, “Come Sunday,” making it the melody of the edited work. Truncating the symphony Black, Brown, & Beige into the song “Come Sunday” works because Duke Ellington has expanded “Come Sunday” through numerous theme and variations unknown to the original. The piece de resistance: a sacred text, by Duke himself, a text sung by the best known African-American religious singer in history, Mahalia Jackson. There is no doubt that it is the presence and performance of Mahalia Jackson which secures a home in the pantheon for this recasting of Black, Brown, & Beige, a work that already resided there.

And Duke Ellington pulled off this coup with one hand tied behind his back, or without the services of his right hand man. Overlooked over the years since the album Black, Brown, & Beige was recorded in February 1958 is the absence of Johnny Hodges (Hodges did a gig with Strayhorn in Florida during this period), the Ellington band’s premier soloist……