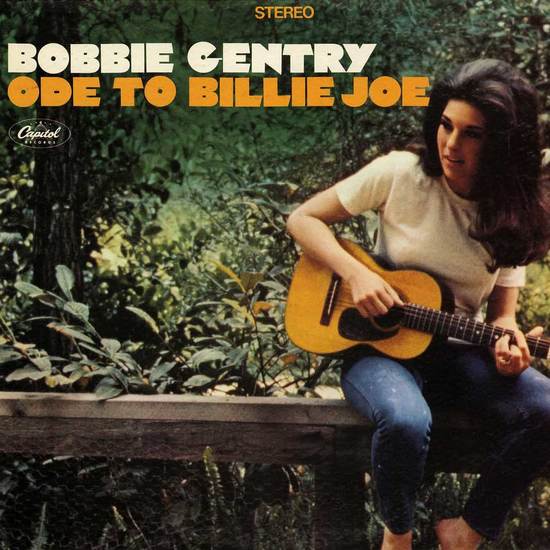 Gentry’s first 1967 album is a masterpiece, it’s a simple as that. An album of hauntingly beautiful songs penned by Bobbie herself bar one track. The album is an uncluttered, straight down the line collection of smoky voiced gems, mostly with the simplest guitar accompaniment, but with a quirky, almost psychedelic twist on each track. The album is in a very similar vein and feel to Rodiguez’sstunning Cold fact which came out three years later, and side by side you would imagine the later album may have been inspired by Bobbie’s seminal Ode To Billy Joe. This album can also easily compare with Dusty’s In Memphis for it’s sheer intimacy and soulful feel and is certainly in the same league musically.

After this first album, Bobbie moved into a more MOR groove, which in a way makes this such a stand out and important album. Very, very highly recommended especially as it has now been re-mastered at Abbey Road by Sean Magee.