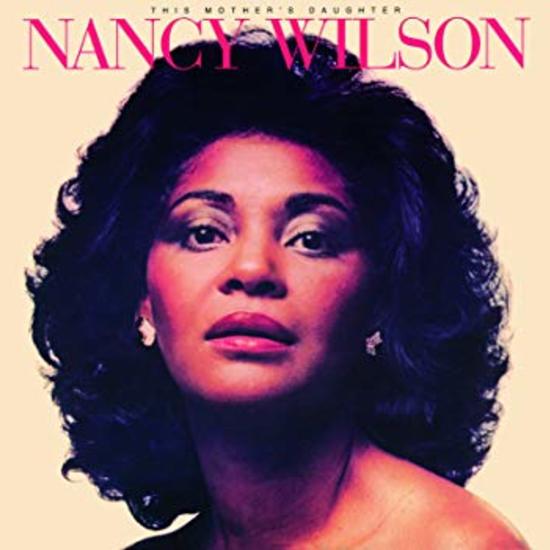 This Mother’s Daughter remains the most soulful record cut by Nancy Wilson during her Capitol tenure — producer Eugene McDaniels proves an inspired if surprising choice to helm the session, and his subtle but ingenious jazz-funk flourishes are essential to the project’s immediacy and appeal. McDaniels couches Wilson in settings as smooth and rich as velvet, crafting a series of mellow, gently propulsive grooves that flirt with contemporary soul but pay heed to the singer’s roots in jazz. Wilson responds with a performance that’s sophisticated yet saucy, commanding the spotlight with an intensity that’s missing from her lesser Capitol efforts.

“From You to Me to You” opens Side 1 with a swirling mix of strings and background vocals surrounding Ms. Wilson as she soars above the mix. Chuck Rainey’s electric bass is unmistakable as his round bottom end keeps the funk quotient high. “Love Has Smiled on Us” is a pretty ballad with the vocal taking center stage with a minimum of strings and background vocals. Piano is the primary instrument backing Nancy as she emotes sweetly. “I Don’t Want a Sometimes Man” has a Motown feel only belied by the strings that Berry Gordy would have left out if he had Diana Ross do this number.

“Tree of Life” is a step up in lyrics with a hopeful theme. Written by producer McDaniels, it was covered as well by Aretha Franklin. A gospel choir adds class and emotion. George Duke’s Moog synthesizer adds spacey effects to “Now” while Steve Gadd makes his presence felt on drums. The title track follows as Wilson preaches to the next generation of women including her daughter, born on July 4, 1975. The theme is helping to prepare our children for the future.

“He Never Had It So Good” brings us back to the eternal man/woman struggle. “When We Were One” has some funky guitar, and a feel that would have been appropriate for a movie theme, complete with some extravagant strings and horns arranged by Dave Grusin and Hugh McCracken. “Stay Tuned” ends our 1970s visit with Nancy Wilson, as its bluesy romp is aided by Blue Mitchell’s righteous Flugelhorn solo. It is perhaps the most straight-ahead jazz tune on the album.

For fans of Ms. Wilson who want to hear her in her prime, backed by a potent crew of musicians, with strings, background vocals, and occasional horns to sweeten the mix—all in audiophile splendor—then this album fits the bill well.