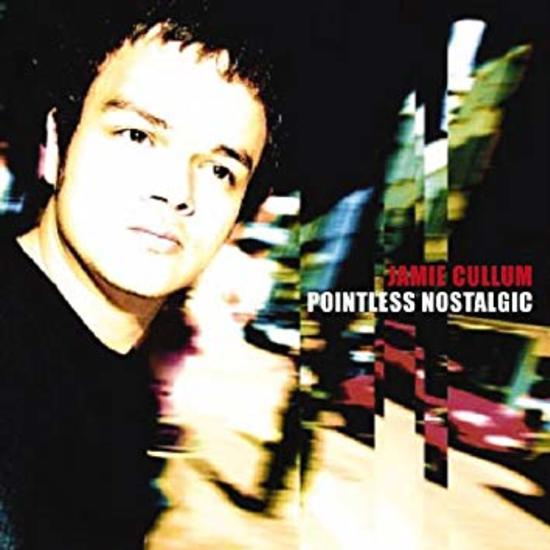 This is the sensational debut album by Jamie Cullum – the brightest young male singer/pianist on the block. Jamie Cullum has quickly become a household name after Candid Records launched Jamie with the original, award winning hit album ‘Pointless Nostalgic’.

A caustic blend of hip, catchy originals, contemporary covers and standards, ‘Pointless Nostalgic’ went straight to the top of the charts and demanded attention.

Barely in his twenties, Cullum has a wise old rasp that usually takes decades of chain-smoking to acquire. Cullum’s move to mix jazz standards, American songbook classics, and contemporary popular music was a risky one that could easily isolate fans of each genre. However, Cullum managed to find a unifying thread in all of the styles, tying them together in a manner that seemed like the natural culmination of a diverse record collection. Jazz plays heaviest in the mix, but Cullum’s version of it is lively and roguish. A rock & roll spirit among erstwhile snobs, he brings blue jeans to the beret set.

Highlights come courtesy of Cullum’s diverse and well-chosen array of cover songs. While so many Harry Connick, Jr. wannabes stick to the standards and limply mimic moves lifted from Frank Sinatra’s catalog, Cullum hops from Radiohead to Thelonious Monk with equal verve and accomplishment. Closing number “I Want to Be a Popstar” is a playful rumination on the advantages of being a pop star rather than a jazz key pounder. The mischievous romp exemplifies the lighthearted approach that has become Cullum’s calling card, endearing him to jazzophiles and screaming young girls alike. Karen E. Graves/AMG