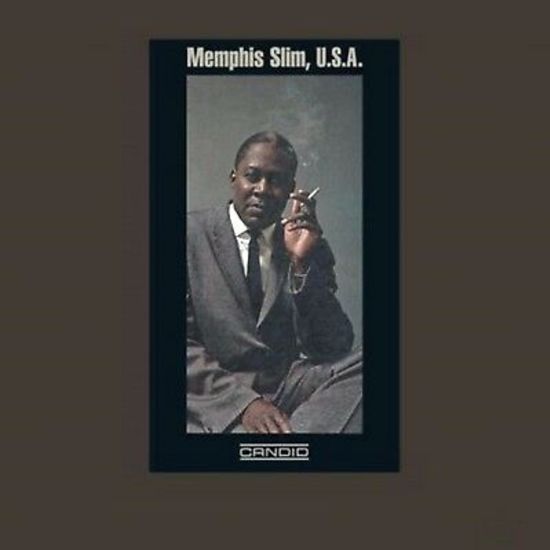 For the most part, this is a 1961 session wherein the blues raconteur and pianist Memphis Slim runs through a good chunk of his repertoire, the songs that came to mind that afternoon. As such, it’s relaxed entertainment, rather than a fixed recording for a larger audience. Which is not to say an audience can’t enjoy this music. Slim’s piano playing is dynamically rich, delicate at times, and pounding when necessary. His vocals are strong, too, but just as capable of dropping down to just above a whisper to make a point. They just don’t make records like this anymore, documents of an artist at work without any attempt to be outside the moment.

Quote from Nat Hentoff’s liner notes: “Aside from the usual hyperbole of record liners, I do think that engineer Bob d’Orleans has caught the full sonic impact of Slim more accurately than on any previous recordings by the Chicago-based wanderer. The best description I know of the sound of Memphis Slim is Stanley Dance’s in the British Jazz Journal: “It’s an outdoors voice with a hard strength that suggests inflexibility, but it bends at the right times. It has a sombre gravity, dignity, shyness, and a shade of melancholy. As he sings, he often seems to withdraw into memories, fond and sad, of other days, other places and other faces.”