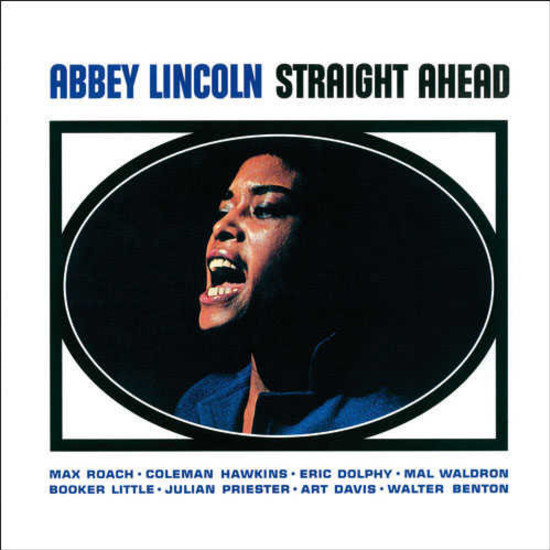 This is one of Abbey Lincoln’s greatest recordings. It is a testament to the credibility of her very honest music (and her talents)that Lincoln’s sideman on this date is the immortal tenor saxophonist Colman Hawkins who takes a memorable solo on “Blue Monk”, Eric Dolphy on flute and alto, trumpeter Booker Little (whose melancholy tone is very important in the emsembles), pianist Mal Waldron and drummer Max Roach. Highpoints include “When Malindy Sings”, “Blue Monk”, Billie Holiday’s “Left Alone” and “African Lady”.

Abbey Lincoln and Max Roach were married in 1962, an association that lasted until 1970. They worked together for a while but Licoln (who found it harder to work in Jazz due to the political nature of the some of her music) became involved in acting and did not record as a leader during 1962-72. She finally recorede for Inner City in 1973 and gradually became more active in Jazz. Her two Billie Holiday tribute albums for Enja (1987) showed listeners that the singer was still in her prime and she has recorded several excellent sets for Verve in the 1990’s.As she puts so much thought into each of her recordings, it is not an understatment to say that every Abbey Licoln set is well worth owning.