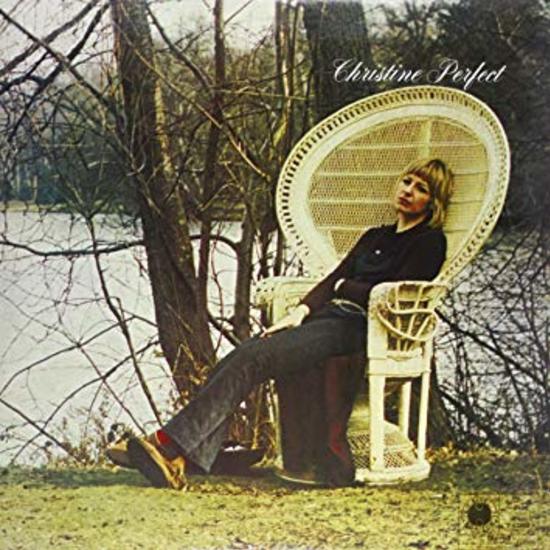 Christine Perfect is a British born singer who worked with Spencer Davis in the early ‘60s and later fronted Chicken Shack before going off on her own with this solo album in 1970. By then she had also contributed to recordings by Fleetwood Mac and become romantically involved with the groups’s bassist, John McVie. She then married McVie and officially joined the group, for which she served as a vocalist/keyboardist/songwriter, contributing some of Fleetwood Mac’s biggest hits.

In 1976, Sire Records issued the first U.S. release of what had been a mega-import of the Blue Horizon 1970 UK release, an album called simply Christine Perfect, the maiden name of Christine McVie. You don’t need a crystal ball to tell you the album is classic and tremendous ,the big surprise is that it didn’t go multi-platinum in the States.

There are 12 tracks, and ’I’d Rather Go Blind’ went Top Ten in the U.K. It deserved to. but there’s more here than the very good reading of the Etta James hit that ’I’d Rather go Blind’ was ‘When you Say’ has strings and production that sound hauntingly like a Marianne Faithful track on London or Nico’s work on Immediate. The big difference is that, by the time this album was released in America, Christine McVie was pretty much a household name. It doesn’t sound like Fleetwood Mac but surprise of surprises, John McVie and Danny Kirwan of The Mac are performing on that tune. ‘Wait and See’ is a real treasure,while ‘And That’s Saying a Lot’ is such a shift in mood that it starts to sink in what a complex and complete recording this is.

The listener really has to stand back from McVie’s fame and just hear the music for what it is, a superb presentation by a commercial voice with solid backup.‘No Road Is The Right Road’ changes the vibe again, and maybe that’s a result of the array of talent, from Chicken Shack (her original band), to Yardbirds guitarist Top Topham to Rick Heywood (later of Savoy Brown), ‘For You’ is neo-rockabilly with that Dave Edmunds sound from ‘I Hear You Knocking’. but try on ’I’m Too Far Gone (To Turn Around’),what a stunner – Fleetwood Mac performing a ’50’s style ballad.This could have been such a huge hit when Fleetwood Mac started to flounder a bit after all the dysfunction dipping into the bag of old trticks would have been a neat ploy for radio play. There is much more to the Legendry Christine Perfect Album than just hype. With the Cover photos, and the phenomenal sounds within, when fans of Fleetwood Mac need a fix for their obession, this is the one to pull out and play. By Joe Viglione.