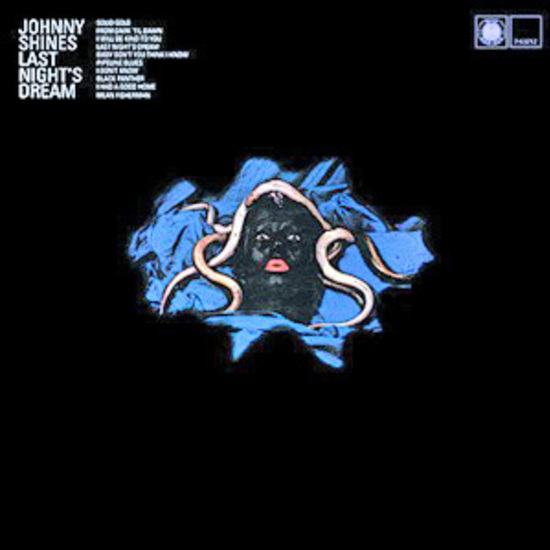 Another wonderful production from Mike Vernon and released on his Blue Horizon label. Engineered and recorded by Malcolm Chisholm at the Chess Records Ter-Mar studios (Fleetwood Mac – Blues Jam.. recorded in the same studio 6 months later) in Chicago on the 10th Junes 1968. Johnny Shines at the height of his skills along with the cream of the Chicago blues musicians of the day. Spent his early years travelling with the legendary Robert Johnson working the bars/dances/fish fries/house parties/streets/roadside cafes/speakeasies/taverns/levee camps/sawmills/coal yards.

“Johnny Shines is the ultimate Delta bluesman, combining the classic styles he learned as a youth into a very personal style, fluent, creative and forcefully talented as both a singer and guitarist” – Jim DeKoester “He rates amongst the most important and individualistic blues stylists of the post-war years” – Pete Welding “A forceful explosive blues singer whose strong, vibrato laden voice possesses a range and sensitivity which is rivalled by few other bluesmen” –